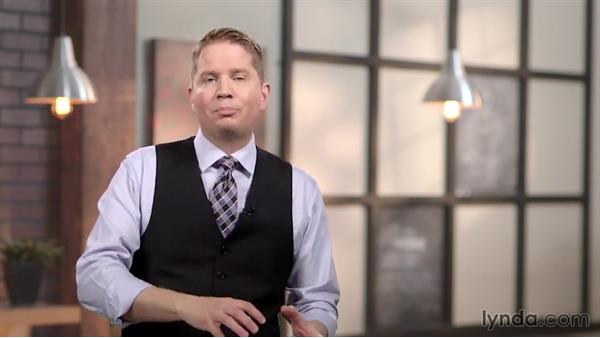 - As you pursue your dream of being successful as an entrepreneur, there are many pitfalls along the way. Now some of them, that's just normal, you're going to make mistakes from time to time. But many of the mistakes entrepreneurs make are avoidable. In this video I'm going to discuss the seven most common mistakes that I see new entrepreneurs make, and I'm going to give you some strategies to help you avoid them. The first deals with partners. I was once talking to my wife about how often I see problems happen in a business because there are partners, and she said, "Well, you need to tell them "that there's only one thing with two or more heads, "and that's a monster." And really, that's true.

If you can avoid it, you're better off not having a partner at all. But if you have a partner, here are a couple of things to do. Number one, make sure that there's uneven equity. That means that rather than having a 50/50 split, have a 51/49 split. This largely symbolic 1% creates a hierarchy, and that leads to my second suggestion, which is to make sure there is a clear organization chart, that the responsibilities between each of the partners is clearly defined and divided.

The second entrepreneurial mistake I call the Rich Uncle Syndrome. It's the idea that there's some magical person out there who's going to invest in your business or give you money, and that that will make you successful. The reality is you need to sell your own way into success. In other words, prove it. I once met a young entrepreneur in New York who was a great t-shirt designer, and he told me he could sell thousands of these t-shirts. I believed him, but I suggested that he first prove it.

Set a target goal for one month of how many t-shirts he's going to sell, perhaps 50 or 100, and then if he hits that, prove it again for a three-month target or a six-month target. In other words, he can demonstrate that he's getting sales, and then, if eventually he gets an investor, the investor will be more interested in the business because he already proved it. The third common mistake, taxes. Entrepreneurs get so caught up in making sales and keeping up with customers, it's really exciting, that they want to ignore the very unpleasant reality of having to pay taxes.

This is why you want to get a bookkeeper, or you want to commit time yourself to input all the numbers, and definitely align yourself with an accountant. If you're not keeping up on taxes, and not staying in line with the law, this can catch up to you and hurt you in the end. The fourth mistake entrepreneurs make is growing too quickly. Now that sounds like a strange problem, right? Wouldn't I want to grow my business as fast as I possibly can? The answer is, not really.

I have seen businesses sell themselves into bankruptcy. Now how does that happen? It's because they're growing so fast that they're not keeping up with the customers' needs, and they make lots of mistakes. Often they run out of cash because they're selling things that aren't necessarily profitable. This is why I recommend you spend an hour a day or five hours a week on focused business time. This is where you're developing systems and processes, and creating long-term steady growth for your business.

The fifth mistake is cash flow. Cash is the lifeblood of the business, and you want to make sure that you always have enough of it, but if you're selling big items to customers, sometimes you're not going to get paid for a month, or two, or three, and that can kill your business. This is why you want to build up cash reserves, and I recommend that all businesses have at least three months of cash reserves on hand. Also I recommend that you look into applying for a line of credit with your local bank.

That line of credit will help smooth out some of the ups and downs that naturally occur with cash flow. Number six is infatuation. You get so excited with an idea, you think it is the best thing that's ever come out, and you're going to succeed, and you just rush headlong into the idea. Trust me, I know what this is like, I often get caught up into this infatuation with my own wonderful ideas. That's why I recommend you need to check them and test them with a third party.

The worst people to ask are your family and your friends because well, they may be well-meaning, but they're not necessarily your target customer. Figure out who is most likely to buy your product or service, and then run your idea by them lots of times. Do some test marketing, find out whether or not they're willing to pay for it, and what they're willing to pay for it. And then the last mistake that many entrepreneurs make is premature expansion and diversification.

A lot of times you start to see success in your business, and you think you're always going to have that success. I call that the Unbridled Entrepreneur. You see sales start to take off, and so you continue to allow your expenses to increase to keep pace with those sales. But something happens and the sales level out. That can be a recipe for disaster in your business because now your expenses far exceed your sales.

Your goal should be to have steady, consistent growth, and try to achieve mastery. What's mastery in your business? It means that you set up the structures, the systems, the employees, to allow the business to run without you. Usually that's going to take you seven to 10 years. So be patient, take your time, and avoid premature expansion. These are the top culprits that you might encounter on your way to being successful as an entrepreneur.

Hopefully by being able to identify them well in advance, you'll be prepared and be able to avoid them.