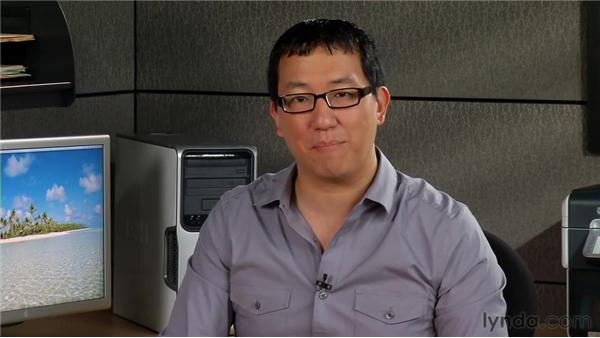 Join Garrick Chow for an in-depth discussion in this video Linking switches for more physical ports, part of Small Office Networking to Connect, Share, and Print.

I mentioned in an earlier chapter that if you find you've run out of Ethernet ports on your router, you can easily add more by purchasing a switch, and connecting it to your network. To do so, first free up one of the ports on your router by unplugging one of the cables to your computers, or one of your network devices, and plug it into an available port on your switch. And then take another Ethernet cable, plug one end into any other port on your switch, and the other end into your router. And that's it. I now have three more ports to work with. Because the switch is not a router, it doesn't try to assign IP addresses, and it doesn't manage my network in any way.

It simply gives me more ports to work with, and sends the traffic coming to and from my devices straight onto the router. And if I were to use up these ports, I could just buy another switch and connect it to this one, or to the router again, to give myself more ports. Although, it does make sense to plan ahead, and if you think you're going to need a lot of extra ports, you should buy a switch with more ports to begin with, rather than having to chain a bunch of smaller switches together. It'll still work that way, but it's a lot messier. In these days, between multiple computers, printers, gaming consoles, DVRs, and all sorts of other networkable devices, you'll probably have to add a switch or two at some point.

Now one important thing to bear in mind: as we saw earlier, switches and routers are rated for data transfer speeds of 10, 100, and 1000 megabits per second, but the data over your network will only travel at the speed of the slowest devices. So even if you have a router that's capable of 1000 megabits per second, or gigabit speeds, if you attach a switch that tops out at 100 megabits per second, that's how fast the data will move to and from any device connected to that switch. So when adding switches to your network, make sure you're matching your existing speeds. Truth to be told, though, your slowest device is probably your router if you use a standard modem router your Internet service provider gave you.

Those usually top out at 100 megabits per second, but some providers will give you a gigabit version of the device if you request one, or pay an additional fee. You'll have to check with your provider to see if they offer a gigabit router, but in my opinion it's worth it, especially if you have to move large files across your network all the time.