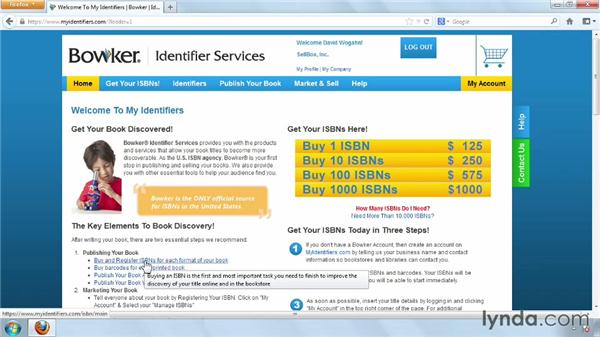 An ISBN number is a unique identifier for a specific book in a specific format from a specific publisher. Every country in the world has a single supplier of numbers. And in the United States, that company is RR Bowker. Let's look at the key facts and then talk about how they apply to ebooks. So with ebooks in the United States, there's really only two major vendors that require an ISBN or ISBN number and that's Sony and Apple. Amazon, Barnes and Noble, Cobo, Google do not require an ISBN number. It also cannot be reused once it's assigned.

So, even if you used it a few years ago for a print book and you're no longer publishing that book, you cannot use it again. That's because you need one ISBN number for each medium. So, if you produce an audio book, a print book, an ebook, and maybe a video based upon that book, each one of them require an ISBN number. That makes it easy for stores to order the right book in the right format. You also have to get a new ISBN number if you do any kind of major changes to the book.

And major is anything besides a spelling correction or punctuation correction. And finally, as I said, Bowker is the sole source of ISBN numbers. If you don't buy it from Bowker, you are not listed as the publisher. That doesn't mean much legally, because there's a number of stores that you distribute through, or you can print a book with. And they will supply an ISBN number. In some systems, it'll show them as the publisher.

And that's meaningless from a legal standpoint. But as far as Bowker is concerned they're listed as the publisher. So, if that's important to you, then you need to buy those ISBN numbers from Bowker. So a lot of people will say "What's the benefit of an ISBN number?". As I just said, if you want to be listed as the publisher, than you really need to buy them. There is a certain amount of professional status that goes with having your publishing name associated with an ISBN number. If you have an ISBN number, then stores who sell books or libraries or academic institutions will know about it. It will show up in a catalog.

As I said, that's the only way to get into the Sony and Apple stores, and there's really no downside other than the cost. So, let's say you've made a decision that's you're going to buy ISBN numbers. You're going to want to visit MyIdentifiers.com that's the Bowker service. It's set up to sell the ISBNs. And as you can see, the pricing's kind of interesting. You can buy one for $125, or if you're willing to buy 1,000 of them, you can get them for $1 a piece. That's why you see so many companies that are willing to resell them. Or to make them part of a purchase.

'Cuz they really want to make money from printing your book, or helping you distribute your ebook. After setting up an account, then you'll purchase your ISBN numbers. And you'll come over to the My Account section, and you'll go to Manage your ISBN numbers. This is going to be a two-step process. In step one, you're going to get the ISBN number, and you see it here, ISBN 13. And you'll want to take that number, either put it in your eBook or you'll make a note of it, and use it as part of your metadata. At this stage you probably want to assign a title to it as well. You might put in the name of your book.

But the important thing is after you selected the number and assigned it to a book. You're gonna want to return here and complete all the information once the book is published. So, after you've purchased your ISBN numbers, one or several, you'll come over to your account and you'll assign a title to that. Making note, as I said, of the ISBN number. And here's where you will fill in all the information that it's asking. The title, sub-title, descriptions. You'll upload a cover image.

Basic things you would expect. If you put in full text of your book, it'll also be indexed and used in search engines. That's not the kinda search engines that you and I think of. But as people are looking for books, this helps in what's called the discovery process for your book. There's a contributor section where you'll add all the different contributers to your book, such as the photographer, a narrator, an editor. I think one of the more important things I want to point out is your format and size.

So the medium, you have your Audio, Digital and E-Books, you're gonna select an E-Book here and you're going to select Electronic book text and you're gonna come down to File Type. Technically, you need an ISPN number for every file format. As you see here, there's an ePub listed. you go a little further down and you'll see Moby Pocket, which is the full name of the Moby file used by Kindle. Oddly enough, there is also a Kindle name up here. My suggestion is to select multiple formats.

So that you'll have one ISBN number for your ebook, regardless of what store it's sold in. Then, complete the rest of the items on this as well before proceeding to the sales and pricing information. If you plan to produce several books in different formats, you should give serious consideration to buying a supply of ISBNs. This is another example of a metadata element that will help bring recognition to your company and to your books. 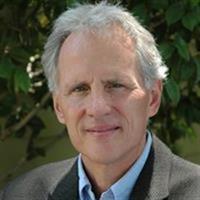 5/21/2013
Are you writing an ebook? Or maybe you already have an ebook file. Where do you begin? This course is your first step on the road to publishing success as you learn about ebook trends and marketing tools; publishing requirements and options; the ins and outs of distributing ebooks; and the ebook marketing basics every author should know to launch their book effectively. Author David Wogahn covers the specifics of using Amazon.com, Barnes & Noble, Apple, and Kobo for distribution and presents the important pros and cons of using aggregators such as Smashwords and BookBaby. David also provides tips on selling ebooks from your website and how to take full advantage of the special services from Amazon, the largest bookseller in the world.
Topics include: