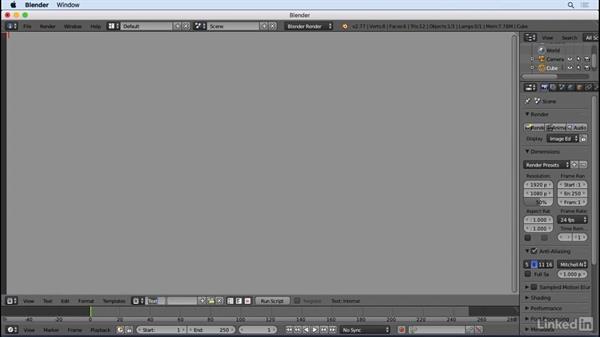 One very useful feature is the auto-run python script checkbox. When enabled and saved in a blend file, anytime the file is opened after that the python script will automatically run. This is most commonly used with armature rigs that have cusotm UI panels defined for easier bone hiding/showing or FK/IK switching, but has many other uses as well.

- [Instructor] The next thing we're gonna look at…is making use of Blender's register capabilities…in the text editor to auto run scripts on load.…For this we wanna make sure we have a consul window open.…In some scenario's it may be very helpful…to make sure that when someone opens up a Blend file…some script runs in the background…and maybe even loaded.…A prime example of where auto loading scripts can be useful…is with character rigs that come packaged…with customized panels to assist the animators.…In this example here when I first opened this file you note…that the auto loaded script has not actually run yet,…due to auto run being disabled as a security feature.…

If you look at the animation it looks a little bit off…but after I run reload trusted and allow it to revert,…and then run the animation again.…Firstly we now have the custom panel…which allows us to show or hide different controls…of the armature as well as sliders,…such as for FK and IK controls,…and then further more the animation itself…has now been fixed.… 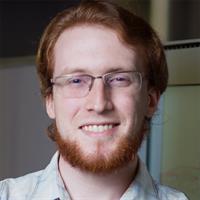 9/15/2016
Make Blender better by harnessing the power of Python. Whether you're an artist or a developer, scripting is a great selling point to add to your resume. Once you master the basics, you can automate time-consuming modeling and animation tasks, customize the Blender interface, or even package to share or sell your enhancements to other users. Patrick W. Crawford shows how to use Blender's built-in Python console window and the bpy library to create simple one-line scripts, create custom panels and menus, and build and package add-ons. These techniques will take your Blender skills to the next level and help you enter an exciting new world of Python programming.
Topics include: