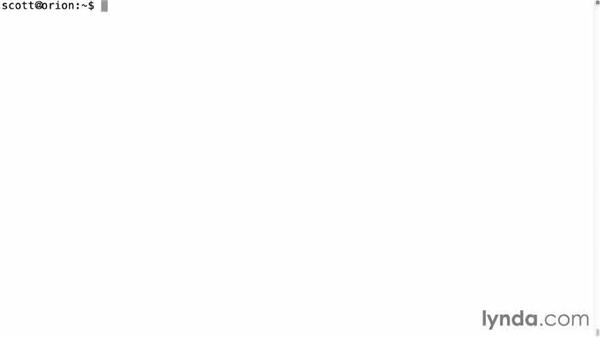 Join Scott Simpson for an in-depth discussion in this video Manipulating output with grep, awk, and cut, part of Learning Bash Scripting.

…There's a handy tool called Grep, which lets…you search files for specific patterns of text.…This can come in handy when you're…searching through log files, or if you just…want to get one piece of output from a command that returns a lot of information.…Of course there's way, way too much cool stuff that Grep does for…me to cover in this movie, but I'll show you a couple of examples.…If you want to learn more about what Grep can do,…check out its man page with the command man Grep.…So first let's take a look at a log file.…I've got a log file here called off.log.…It's a modified version of an authentication log from a computer…that was left exposed to the internet for a few days.…

It's got a whole bunch of failed log and attempts from different addresses.…And it's over 18000 lines long.…Not something you'd want to have to scroll through by hand.…Now, of course I've changed the addresses to example values, so…the IPs and servers you see don't exist on the internet.…So I could use nano or cat to see the…contents, but I want to search for my user name.…