Changing where things go with pipes and redirection 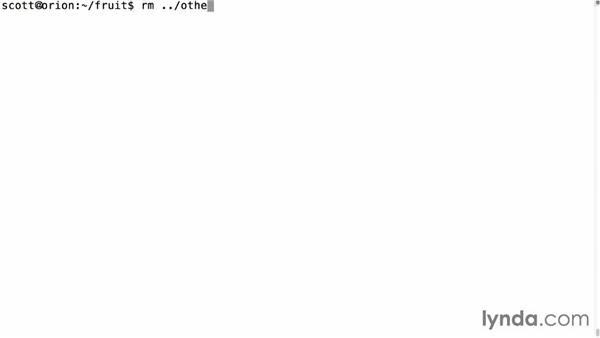 Join Scott Simpson for an in-depth discussion in this video Changing where things go with pipes and redirection, part of Learning Bash Scripting.

A lot of what you'll be doing with…scripts involves getting something to go somewhere else.…Bash has a couple ways of doing this.…First, let's look at pipes.…Piping takes the result of one command and sends, or pipes it into another command.…For example, take a look at the result of listing the contents of…this directory, which has a lot of things in it from the previous movie.…That's a bunch of stuff.…It would be nice to take that output, and display it page by page.…I can do this by piping the output of ls into the more command.…And if you're looking for the pipe character, it's usually Shift Backslash.…

The key for which on most keyboards is right…above the Return key, but your keyboard might vary.…And now I can take advantage of more's pagination.…Redirection, on the other hand, works with…a standard input, standard output and standard error.…That is, the input from the command line environment, the output…to it and the errors that arise when something goes wrong.…Let's set up a little bit of an example here.…

Video: Changing where things go with pipes and redirection