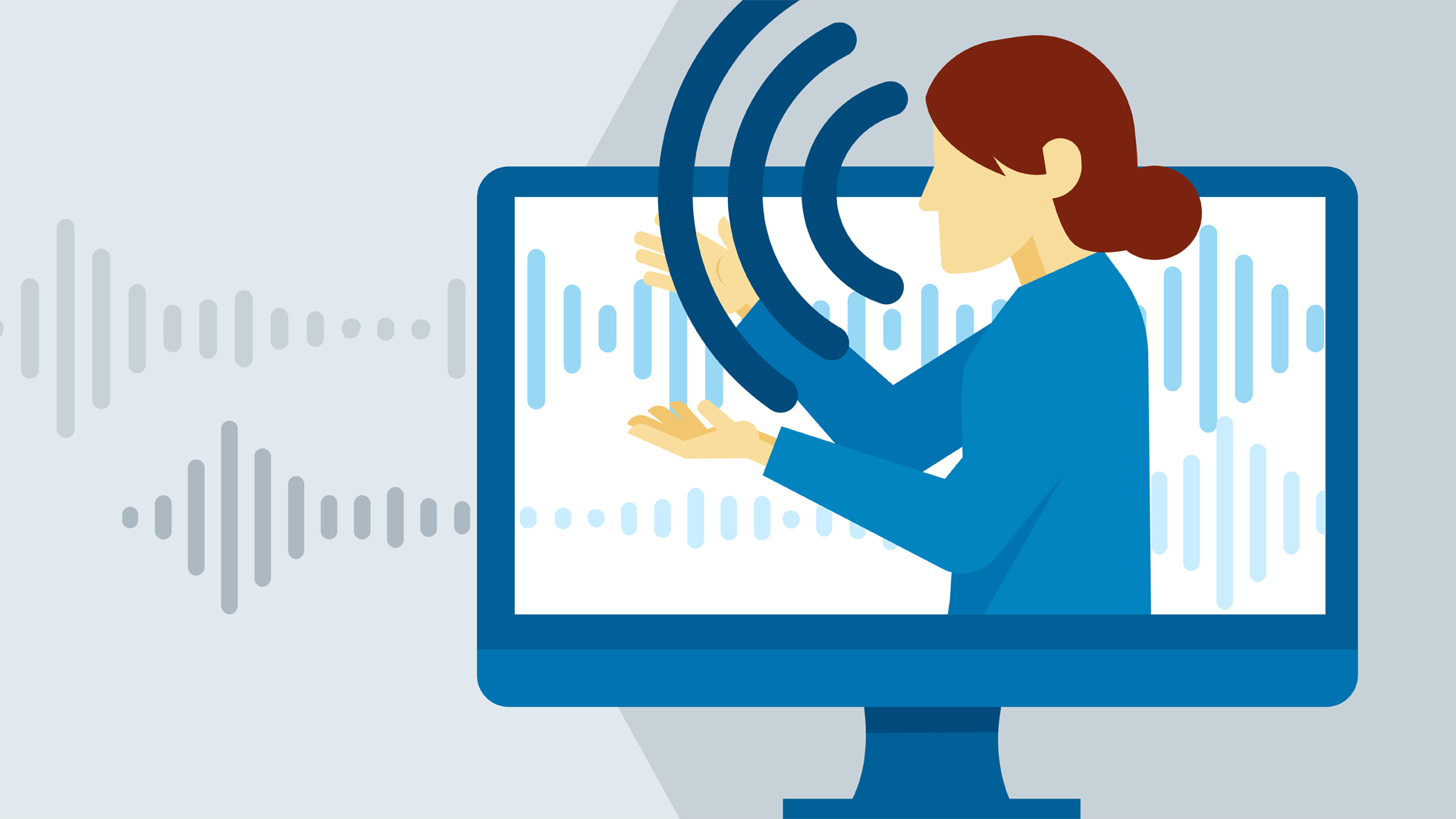 Get a basic introduction to the speech part of Microsoft Cognitive Services. This video discusses the various capabilities that are discussed in this course.

- [Instructor] Welcome to Microsoft Cognitive Services, Speech. Speech. Isn't that what you're listening to right now? We are talking with each other, aren't we? Well, the reality is that the vast majority of communication between us humans is based on speech. Speech. We talk in so many different languages with each other. We express so many different emotions. There are so many people that talk with us. There is so much that is embedded inside of speech.

In the way I'm talking, I might be expressing surprise, anger, or so much more. But then the reality is that the speech we express is in so many different languages and cultures, and expands so many different people that one thing that may have a certain negative meaning in a certain part of the world may not be as negative in another? Certainly. Or have you ever run into a situation where multiple people are talking at the same time, and you can't seem to understand any one of them? Or perhaps you want to recognize who is who just based on the audio.

Microsoft Cognitive Services also lets you detect who the speaker is. This would be amazing in the case of identification, as in, think military. You're listening to some audio on a wireless conversation, and you want to know who that person is, that is talking on the wireless tap audio. Or perhaps for authentication, where you can unlock a door by simply talking to it. Then yes, as I mentioned, Microsoft Cognitive Services also lets you verify the speaker.

Yes, you can now use your voice for authentication in your house. This is extremely powerful. Imagine, on mobile devices, wouldn't it be nice if you can unlock an application by simply talking to it? This, and many other possibilities. So let's together learn Microsoft Cognitive Services, Speech.

4/10/2018
Microsoft Cognitive Services opens up artificial intelligence to every developer. Cognitive Services gives us access to powerful AI algorithms that allow our apps to hear, speak, identify, and interpret information using natural methods of communication. This course explores the speech APIs, which are responsible for text translation, text to speech, and speaker recognition. Instructor Sahil Malik shows you how to configure Cognitive Services and use the speech capabilities to translate text, convert text to speech and speech to text, and identify and authenticate multiple speakers. Along the way, he covers various APIs, including Translate Text, Bing Speech, and Speaker Recognition.
Topics include: