What is a surface?

Join Josh Modglin for an in-depth discussion in this video What is a surface?, part of Autodesk Civil 3D 2020 Essential Training.

- [Instructor] Creating a surface in Civil 3D and modifying that, is very similar to many other civil engineering software applications in creating and modeling a surface. The surface is simply created by tying points together through irregular shaped triangles, and an algorithm is used to know which points to tie together to create those triangles. The resulting model or surface is called a TIN.

That's an acronym which stands for triangular irregular network. That's the key in building a surface is what points are used, and then the direction that the triangles are formed. Those two key factors really make a difference on how the surface is shaped. Well let's go ahead and open up an exercise file, number 04_01. So I go to my Quick Access toolbar, choose chapter four, and then 04_01 what is a surface.

And you see in this drawing not just points, but really edges of the pavement, banks, center lines, all of these different things. All of those would have an impact on the direction of the triangles. You can't have triangles that cut across creating a model that skips over or ignores the center line. So although the software runs an algorithm, we need to control some of that as well. So we're going to see all of that come together, and so if I Thaw our 3D Model, you see how the triangles are defined so that they don't cross our pavement, they don't cross our center line, and they don't cross our bank lines, and the result is if I take this, select this surface, and choose object viewer.

Change the visual style, and flip it in an isometric, you get a better grasp that we get a well-defined 3D model of the existing grade, or in the future, we'll be able to create a surface using similar methodologies of break lines and defining those points and edges to even define or create a proposed surface. So again, triangular irregular network, or TIN, and what we're trying to do is control the points, and the triangles.

So let's first create a surface by inputting points and define those point edges in our next video. 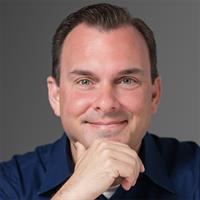 Video: What is a surface?