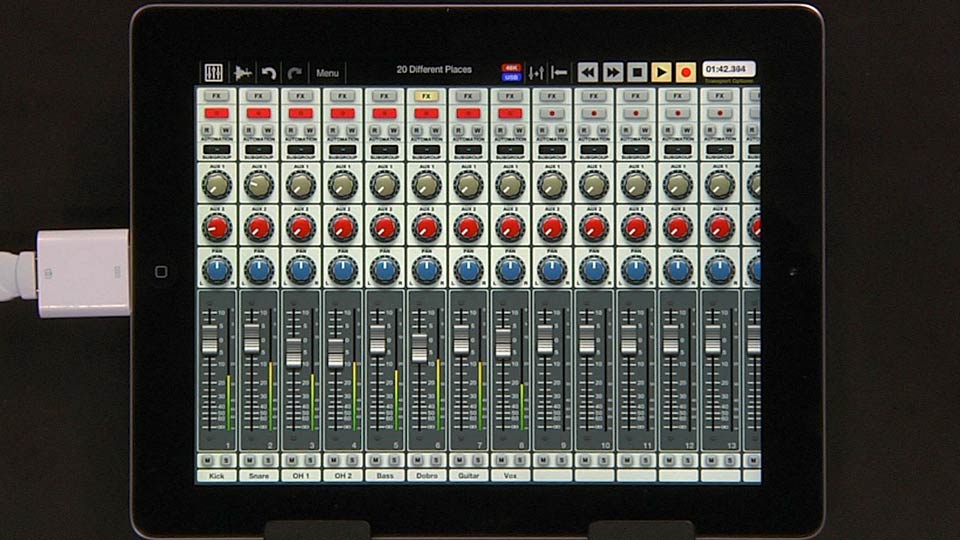 - Hi, I'm Garrick Chow, and welcome to another title in our series on iPad music production. In this course, we're looking at ARIA, an app designed exclusively for the iPad, that turns your device into a portable, 48-track, professional-level, digital audio workstation. We'll start by taking a look around the ARIA interface, and get our bearings in the Mix and Edit windows. From there, we'll talk a little bit about the hardware you'll need to get sounds into your iPad, like microphones, guitar cables, and multi-track input devices. (strums guitar) Once we've seen how to get sounds into ARIA, I'll show you how to record everything from a single audio track to capturing multi-audio sources simultaneously while recording an entire live band into a multi-track recording project.

(blues music) Then, we'll move onto the editing stage, where I'll cover the skills you'll need to learn in order to trim and adjust your recordings, so you can move on to the mixing chapter, where we'll see how to add effects, group tracks together in different ways, as well as how to export your project out of ARIA to share with the world. (classical music) As you're about to see, ARIA is a well thought-out and powerful app that rivals the features and capabilities of many desktop digital audio workstations.

So, let's get started with iPad music production, ARIA.