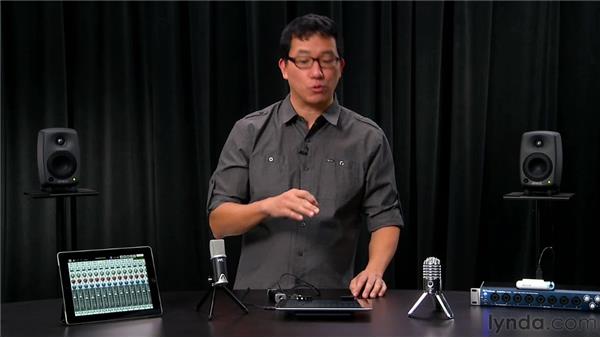 While Auria is capable of recording through the iPad's built-in microphone, chances are…that you'll rarely if ever use it unless you're doing just a quick spur of the moment demo.…But the built-in mic just isn't going to give you the quality you are most likely looking…for out of a professional app like Auria.…Instead, you will have to turn to one or more of the dozens of audio input devices that…are available for the iPad.…Now in this series we have an entire course called Inputs, Mics, and MIDI that's dedicated…to covering ways of getting audio into your iPad.…So be sure to check that out for more detailed information.…But in this movie I want to go over the essentials.…