What does "broadcast legal" mean? 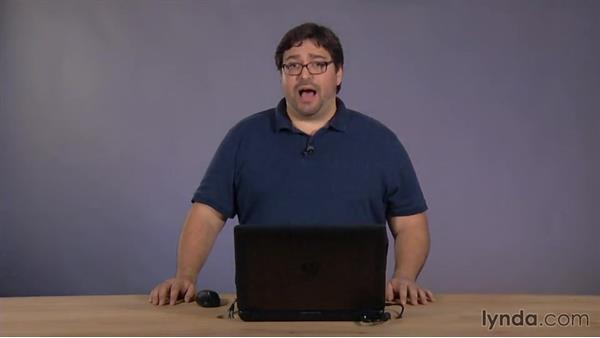 Join Robbie Carman for an in-depth discussion in this video What does "broadcast legal" mean?, part of Premiere Pro Guru: Audio Finishing Techniques.

- Ah, broadcast legal, a subject that haunts editors, colorists, engineers and, of course, audio finishers as well. Before we look into ways to identify and fix some common audio legality issues, I wanted to spend a couple minutes to discuss what I mean by broadcast legal for audio. First and foremost, the single largest legality issue for audio has to do with levels. Now, that sounds (laughs) like a simple thing, but it's really not. Let me explain.

First, there's what you probably think of the normal measurement of level, what you see on a set of digital audio meters. Using the dBFS, or decibels full scale measurement, average and peak levels are often specified by a distributor or broadcaster. For example, a broadcaster might require that output levels not go over minus 10 dBFS or sometimes they might say decibels true peak, and I'll explain that next. Some outlets permit higher levels, like minus six or even minus three dBFS.

dBFS levels are also important for non-broadcast delivery. You might mix a project hotter for Vimeo or YouTube, since people will be viewing that project on laptops, tablets and so on. So it's always a good idea to check on your digital peak requirements before you output your project. Next up, there is a measurement called true peak. Using the dBTP, or decibels true peak scale, true peak attempts to solve the correlation between digital peak and loudness, which we'll discuss shortly, as well as what happens to the audio signal when it's played out of analog devices, like speakers on a viewer's TV.

Additionally, true peak attempts to measure fast transients that happen in a digital to analog conversion that traditional limiting tools can't even catch. True peak, along with loudness, has become a very important measurement for most broadcasters. Now, there's still a little confusion on true peak legal levels, so yes, it's best (laughs) to check with your broadcaster or distributor. Here's the thing, though. To measure true peak, you need a true peak meter.

In Premiere, in Audition, well, we don't have a dedicated meter, and there's no true peak limiter, either. But we do have a warning on true peak, clipping, via the TC Electronics loudness meter, which I'll show you later in this chapter. And don't worry, that's bundled with Premiere Pro and Audition. So speaking of loudness, as an editor or someone who's involved in broadcast, you've probably heard or will be hearing a lot about loudness.

Here in the U.S., there's even legislation about loudness called the CALM Act. Put simply, loudness is perceptual volume. Loudness is important because sometimes while two audio clips will have the same digital level, one clip might sound louder than the other. That's loudness. While you'll sometimes see two different scales used, LUFS and LKFS, and these differ slightly in the math, they're essentially the same thing, with LKFS being the more popular measurement scale.

Most broadcasters will mandate loudness levels of minus 24 LKFS, plus or minus two LKFS. Loudness is measured in two ways, momentary and average. Most broadcasters care most about the long-term or average loudness. Now, that's not to say that momentary loudness doesn't matter. It's a good way to check a particular section or part of a project. However, to get accurate, average measurements that a broadcaster will approve, you'll need to play down the entire project and also reset the loudness radar in Premiere Pro on each view to get accurate results.

In this chapter, we'll explore how to measure loudness with Premiere Pro's Loudness Radar plugin. Also, we'll take a look at how to QC audio before you output for broadcast, checking loudness levels and true peak, and I'll show you a way to do that with Adobe Audition a little bit later. Okay, if all this level stuff wasn't enough (laughs) there are other issues concerning broadcast legality when it comes to audio. Track layout is very important. You need to check with your broadcaster or distributor, but giving them the correct tracks or stems is really important.

Do you need just a stereo mix? Do you need splits of different types, like dialogue only, music and effects, and so on? The thing to understand is that there's no standard with these types of deliverables, so it's vital you make sure you know what you need to deliver. Related to that is, do you need to deliver these splits or stems with the video or as separate files? And yes, I'm starting to sound like a broken record, always check. Finally, with track deliverables, if you're delivering surround sound, you'll need to know the surround channel order.

Most of the time it'll be left, right, center, LFE, that's the subwoofer channel, then left surround and right surround. But before you make a mistake, yes, that's right, go ahead and check. Now that we've discussed the basics, up next we'll dive into measuring digital and true peak, and how to use loudness measuring. And I'll give you some suggestions on how to fix issues, should you encounter them.

2/27/2015
Finishing is something every video project can benefit from. In this installment of Premiere Pro Guru, Robbie Carman guides editors through practical techniques for finishing the audio side of a video project, using Premiere Pro and Adobe Audition. He covers using track-level vs. clip-level controls, mastering the audio mixers, using submixes and automation modes, working with audio effects, reducing noise and restoring sound with Adobe Audition, and outputting audio from Premiere Pro. This course includes everything you need to know about mixing and sweetening audio yourself and handing off tracks to others to finesse.

Watch the companion course, Premiere Pro Guru: Video Finishing Techniques, for more information about finishing the visual elements of your projects.
Topics include:

Video: What does "broadcast legal" mean?