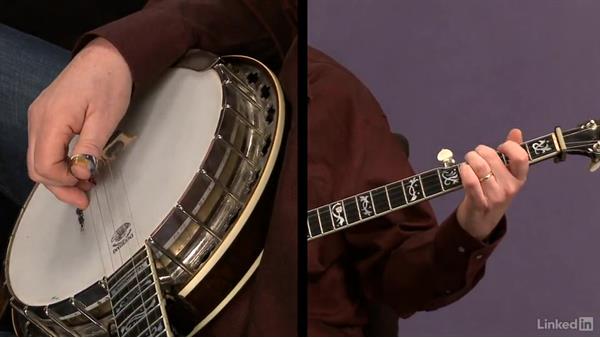 Tony teaches the popular Bluegrass tune "Train 45" which happens to use the roll pattern taught in the previous lesson (the Foggy Mountain Breakdown Roll.) This gives you another song to use to practice the technique and achieve comfort and speed.

- Now I'm going to play a little bit of Train 45. With this we're going to be applying some of the Foggy Mountain breakdown roll that you just learned. And this is Ralph Stanley's arrangement of Train 45, and it's spectacular. I think it's a very simple tune, and it involves very little in terms of the right hand. You're just staying right here between the second and third frets, and that's it. It has a little bit of a bluesy quality. And I'll just play this for you, and then we'll break it down. (banjo music) Like I say, it's a fabulous arrangement, and it's high time I had some Ralph Stanley in here on the site.

I love Ralph's playing, and when he plays, he plays, well he's not playing anymore unfortunately. But his singing, it sounds great. But he gets really close to the bridge. And he gets... Really gets that kind of southwest Virginia, Clinch Mountain, hard scrabble sound. You don't have to do that, I mean if you like that sound, go ahead. Really has that edge to it. So like I say, we have a lot of the Foggy Mountain breakdown roll the way he plays this. (banjo music) So it's really cool what he does here, he goes...

And of course, remember to bring that thumb over to the second string from the second hammer on. So it's index, middle, thumb, middle. And then he does a really cool thing here. He pulls off two to zero on this second string, I'm imagining with the index finger on the left hand. (banjo music) which is a really kind of a lonesome sounding thing. It's actually the Lydian mode. Do ray me fa, instead of hitting that fourth note of the scale, he's sharping it, and hitting that...

And it just sounds so cool up to tempo. So. (banjo music) And he didn't have to play exactly this, because he varies it each time, or almost every time. So the second time he does it... He goes, instead of going to the first string after the hammer on, he just does the hammer on by itself. Bring the thumb across, and now instead of going to the second string, he goes to the third string where the index finger, thumb, index, middle, thumb. On the index on the third string. So.

(banjo music) And then he goes. There's a really great Ralph move. It's index, it's all open, you can just wave to the audience while you're doing this. Index, middle, and I bring the thumb across. Thumb, middle, forward roll, fifth, third, first, fifth. It's another variation on the Foggy Mountain breakdown roll. It's the same exact roll. Index, middle, thumb, middle. Except instead of being on the second string it's on the third string.

And then I find this interesting in Ralph's lexicon of licks, instead of going... (banjo music) He goes... (banjo music) 'Cause you're just coming off the thumb from the measure before. You're gonna start with the index finger on the right hand, and you do a forward roll. That turns into a backward roll. But the obvious thing to do would be... And it's nice that he avoids all that and just goes...

Thumb, pinch, thumb, pinch. So it's a really wide open sound, and it's just nice to be free from the tyranny of always having to go do that lick. So continuing on. (banjo music) Again, see he hasn't done this before. Even these are very subtle differences. Hammer on by itself, hammer on to the first string, forward roll, and then that one we already did do. That was the, let's see, the fifth measure.

And then... He doesn't do the Foggy Mountain breakdown roll, he does the two to three hammer on, to the first, and then just two forward rolls holding down that third fret of the second string. And then thumb, thumb, first, fifth, third, fifth. Leading with the thumb, and then the thumb again. This kinda has that Foggy Mountain breakdown roll vibe to it. And then continuing on to the end.

And then again, instead of going... He just goes... It's much more, I wanna say primitive, but I don't mean it in a negative way at all. It's just really cool and lonesome and old time. Very spare and spartan. So it's just very bluesy. Hits the flat at the third. Do ray me, but he flats it. And then the flat at seventh.

Three zero pull off, instead of two to zero. That's very major sounding, this is minor and bluesy sounding. (banjo music) Okay, now I'm gonna play the whole thing slowly, and then up the tempo. And like I say, once you start playing this you don't have to go crazy. Okay first time he plays it, he's not hitting the first string, and then the second time he does hit it. And then he does forward rolls. This is just to see how Ralph did it, 'cause I think it's fascinating to learn tunes exactly the way they were played by the masters.

And this is Ralph Stanley, who's hugely a master. But like I say, when you actually are playing this in a jam session or for your own fun, you don't have to play it exactly this way. Because I think you'd just go crazy having to memorize this, do you do the first string there or not, et cetera, et cetera. So this is just kind of a blue print as a way to kind of inspire you to do your own thing with it if you'd like to. So here it is slowed down, exactly as Ralph did it. Two, three, four. (banjo music) Okay, and up to tempo. 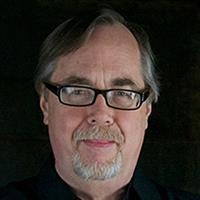