- Alright, in this section we're going to talk about uptown swing or jump blues. Let's give the first example a listen. (metronome) (drums) (bass line and guitar) One, two, three, four, one. (guitar) Alright, let's break this down.

So starting on beat two, it's going to be like this, one, two, three, four, one, (guitar) three (guitar). So on beats two and four. Now, when I get to this C chord of the four chord, if I take this same diad or double stop and move it down a half step it becomes what we call an inversion of the C seventh chord. So by moving it down a half step (guitar) you get the C chord without the bass of course.

Same rhythm pertains. (guitar) And then back to the G. When you get to the D chord, if you move that same shape that you started with up a half step, you get an inversion of the D chord (guitar). It's pretty cool, huh? Down a whole step for the inversion of the C chord (guitar). And then back up to the original position (guitar) for the G seventh inversion. And then for the last D chord we're just going to go up that half step again and there you have D seventh. 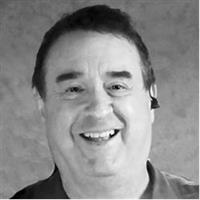