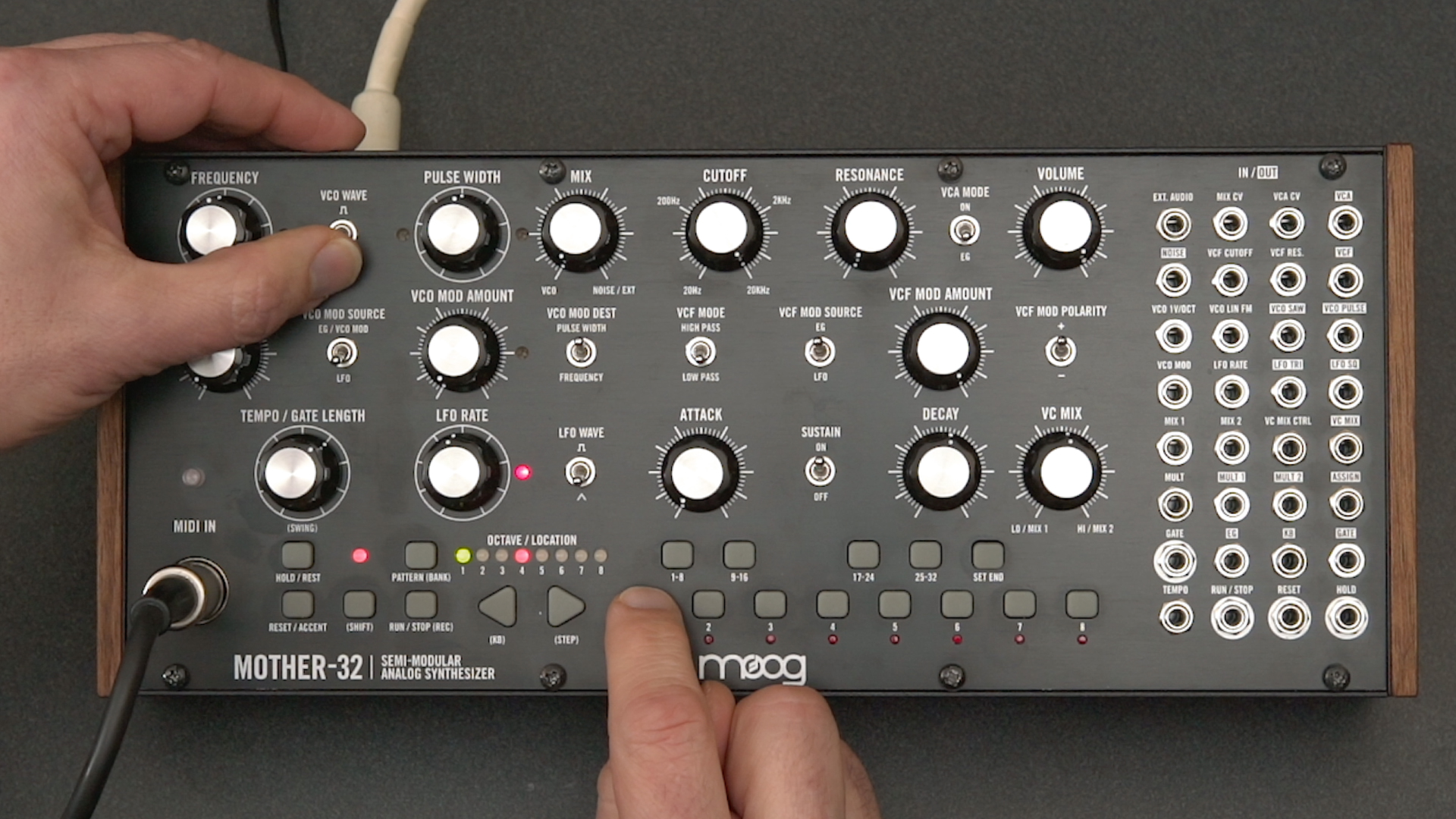 Selecting Patterns and Banks to play back, and quickly entering a step sequence.

(electronic music plays)…- [Narrator] This chapter is all about using…the sequencer in the Mother-32.…This movie, I'll go over some basics…of playing back and creating sequences,…then we'll get into more advanced sequence creation…and editing, including some live playback tricks.…Right now, I have the basic patch that I showed you…in the first movie in a previous chapter.…(electronic notes play)…Kind of a buzzy sawtooth.…For practice, let's go ahead and edit this…to make it something more interesting.…(plays electronic notes)…You know I prefer square waves, so I'll switch to that.…

(plays electronic notes)…Okay, that should be a good sound to work with.…Sequencing takes place in this lower part…

4/3/2017
The Moog Mother-32 is a very popular starter instrument for those looking to get into modular synthesis. It contains a capable one-oscillator synthesizer voice with a Moog design filter, as well as surprisingly full-featured step sequencer. Best of all, it's a semimodular synth in that all of its components are already wired together and able to create sounds right out of the box. But it also contains a Patch panel, allowing you to override its internal wiring as well as connect it to external synthesizer modules. Synth designer Chris Meyer gives you a quick-start introduction to all three of these sections of the Moog Mother-32, including how to mount the Mother-32 into a Eurorack-format case, plus important advice on the first external modules you might want to add to it.
Topics include: