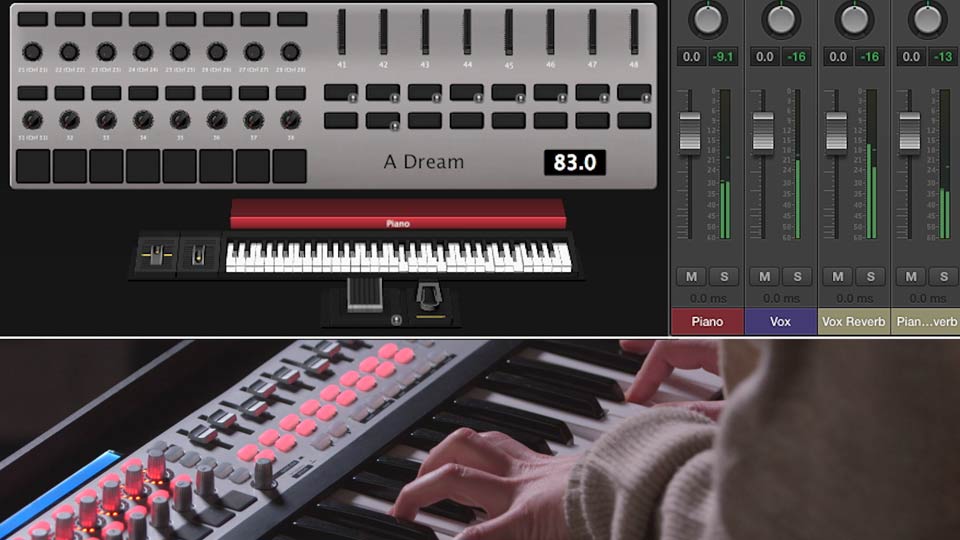 3/27/2014
MainStage 3 turns your computer into an instrument for live performance. It allows you to perform with a laptop, play backing tracks, process vocals, and loop tracks live while accessing the same library of sounds from its sister app, Logic Pro, is known for. Who better to show off this powerful live-performance tool than a professional singer/songwriter? This course features NYC-based musician Julian Velard's original music and his insights on working with MainStage in a real live-performance scenario.

Julian begins with a quick-start guide for getting a live show ready. He covers the basic tools of the MainStage interface, including patches, channel strips, in-depth uses of the various inspector areas, MIDI mapping, and MIDI FX. He also explains how to design your own MainStage workspace—a critical piece of being comfortable on stage. Finally, he demonstrates how to use the Playback and Loopback plugins, as well as record your performances in MainStage.
Topics include:

- Hello, I'm Julian Velard. And welcome to Up and Running with MainStage 3. MainStage is an Apple music application, a sister app to Logic. That turns your computer into an instrument for live performance. In this course I'll show you all the basic functions and techniques you'll need to start performing with MainStage. You'll see how to build and save custom concerts. Sets and patches, I'll also show you how to design your performance workspace with just how you'll interface with MainStage during your live show.

I'll also be pointing out all of the great new features of MainStage 3. Which mirror many of the powerful new aspects to Pro Logic 10. Next, you'll see how to effectively use the playback and loop back buttons. And how to record your performances. ? Oh, nobody can hurt me ? Along the way I'll take you through a few live performances to let you see how MainStage works in a practical gigging situation.

? Take a load off of your shoulder ? Mainstage is a surprisingly powerful app. And with a full understanding of it's inner workings. The performance possibilities are practically endless. So if you're looking for a clean and easy way to use your computer on a stage, this is the course for you. Sit back, relax, and let's get Up and Running with MainStage 3.