Listening to the demo song 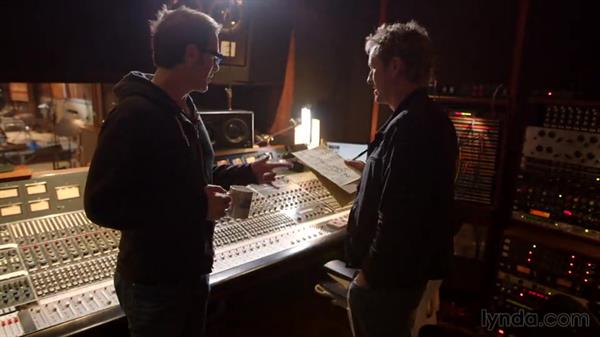 Join Ryan Hewitt for an in-depth discussion in this video Listening to the demo song, part of Advanced Drum Recording Session with Josh Freese.

(music)…- In a situation like this where I'm gonna be…replacing drums that have already been demoed…with specific parts I'll play the track down for…the drummer so he can get a feel for…what the song is doing.…(music)…When we play the song down for the…first time the session drummer will typically…make himself a roadmap for the song…so he knows what's going on and doesn't…have to rely on his memory of hearing it…only once or twice to know what's happening.…

(music)…So do you always write out a form?…- I do, I know and it's like it's the opposite…of someone that went to music school…and studied properly (laughter).…it's like my 6-year-old could have done this.…But it's just a simple map.…I'm obviously not writing out any sort of notation.…It's just for me to remember the intro's four bars,…the band's in for eight bars, the verse is 16,…the chorus eight, and I break up the second…part of the chorus in two different parts…because the feel changes up…halfway through the chorus and the last two bars…kind of breaks back down into the re-intro feel… 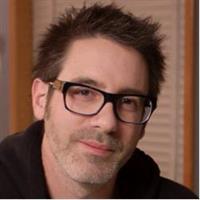 6/19/2015
In this course, GRAMMY-winning recording engineer, producer, and mixer Ryan Hewitt explains his techniques for capturing drum sounds in one of the best recording rooms in Los Angeles, EastWest Studio 2. Utilizing the talents of A-list session and touring drummer Josh Freese (interviewed in the first chapter of the course), Ryan will demonstrate his mic choice and placements on Josh's drums, spending time on the details of the kick, snare, toms, cymbals, overheads, and room mic setups. Ross Garfield, the Drum Doctor, assists in fine-tuning the drum sound. Watch for a one-of-a-kind look at the pros at work.

Check out how Ryan prepared for Josh's session in the first course, Drum Setup and Mic'ing in the Studio.

Video: Listening to the demo song