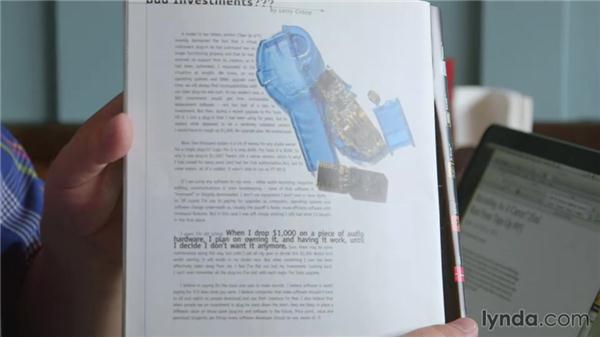 Larry Crane: Tape Op got started because I had free time. I was starting to record in my basement home studio. I was starting to record a lot of music, my own music, my friends. And I wanted to learn more about recording. And also I'd written for magazines that did, you know, I did reviews of records, and then interviewed a few artists and stuff like that. And I didn't have that. Those job opportunities dried up. Those magazines had folded. And so I thought, hey, this can be really cool to do a magazine, home kind of, kind of self made magazine, like a zine about music recording.

And I want to, I need to learn more. Like, I'd been in the studio, I made records as an artist and I held, I've been kind of been like co-producer with the producer. Like, I was the one that liaised on with the band and everything. But I'd never done the technical end. You know, I'd never really set up a mic and said, this will be a great sound. I've recorded a lot of stuff, but I'd never been, felt like I could, was at the stage where I was really a recording engineer at all. And so then you have to learn those things you know, and one of the obvious ways to do that is to, to read a lot. And so I would go to the library, and I would read every book and every magazine they had about music recording.

I remember going down there, there were magazines they wouldn't let you take home. So I just sit there for hours, you know, trying to read them. I didn't, I didn't study in the traditional sense of like taking notes really, I just kept reading and reading and reading and absorbing as much information as I could. I would even call producers I'd worked with and I'd say, how do you mic a snare drum, you know, or something. I'd want to know, like, what their techniques were. The best way to gain the knowledge firsthand is to talk to someone who's, who's a step above you or many steps above you, in most of these cases.

And I started interviewing people that I knew that made records I liked or that I had worked with. The first issue of Tape Op had an interview with Greg Freeman who recorded the first couple of records my old band had done. So I knew he was a patient and understanding person, and I knew he knew how to make records. So the first issue, this is issue number ten, but the first issues were digest size which is really like a piece of legal paper folded over. And literally, I would go to the photocopy place and I would make the copies, and then I would fold them at home and staple them.

And in fact, the very first issue, I spray painted the cover; I spray painted on my porch. It was really kind of crazy. The way I put together an issue now of Tape Op, is, is kind of by on demand. Like I'll actually, I'll have articles you know, in my in folder, in my— and it's like, it'll be a bunch of Word documents in a folder on my laptop. And, and, and I'm always like kind of looking at the title. yeah, yeah yeah, and so when there's an issue ready or issue due, I'll just kind of skim through and see which ones might make good pairs for an issue, or compliment each other.

So, you know, at that point you got four articles. You've almost filled an issue. And then I write, like, the intro. Let's get a recent, this year. So this is good. Then I write like the intro piece. Hello, and welcome, you know, so I write the little intro part here. And then I'll write the, the end rant, the last, you know, left side page of the magazine. As always, called the End Rant, and that's usually something where I'd go in and then talk about something that's, that's not so much just nuts-and-bolts, it's a little more like a think piece.

Then I'll write the music reviews. We've actually started calling this section music reviews, because not everything's on CD anymore, right? I'll write some reviews of some records, mostly talking about who worked on it, where. Sometimes I'll e-mail people and get little quotes about the process or just something unique about it. And a lot of times, I'll try to cover people we've already written about. Say, we've interviewed someone ten years ago and they did a new record and it sounds great. Oh, I'll just write a little bit about, you know, Butch Vigs' new project or something. In the letters section. So we have a pretty, sometimes we'll have a pretty extensive letters to Tape Op section, and I'll go through and kind of clean up the letters.

Figure out which ones I want to have in there and write responses to them. And sometimes I'll send the letter out to a multitude of our contributors. Who will send me back a bunch of different responses to one question, which is super interesting; because sometimes they can be very contradictory so. I think that one of the reasons to do Tape Op for me was to, to like say you open a door and found a, a treasure, but it's not a treasure you can necessarily just horde and keep. You know, you should share it.

To me it felt important that this isn't just my own learning process, but as I learn that I share with others and you. If someone sat and read all these issues from issue one to issue 95 that were work– that's coming out this week. You know, you would see my growth in the background. You know, like things that I didn't know that now I know. This starts to generally, you know, gradually become an issue in the magazine, or a question that's being asked of the interviewee's, you know? Where I'm saying, I'm trying to figure stuff out for myself and you see that growth, you know? My, my vision for Tape Op was, was certainly, has certainly kind of changed over the years, but the initial vision was like, let's talk to the people that are making real records.

Like let's not, let's not worry about the people in the multi-million dollar studios, let's not thing about that world the fantasy world that most of us are never going to get to. Let's talk about, you know, people that are making real records, probably self released or independent, smaller label releases. How are those records made? Who's making those records? because they were not getting written about in the larger magazines back in the day. So that was the initial goal; it's broadened out over the years, actually, which is probably good. Instead of becoming more narrow, it's been a little more open like, hell let's talk to the woman who's, hey Beyonce's in her studio, or let's talk to the guy that produces U2 records.

As you learn more about any field you start to appreciate everyone that's worked before you as well, too. So... The main vision was just to make it something that I would want to read, and it still is. There was a lack, to me, of the kind of articles that I felt were real. And I wanted people in the magazine that I'd say, I can go to the record store and buy that record. It's a good record, it sounds right for what he's trying to do. Maybe if he'd, this is a, maybe is an inexpensive recording process, but it's a good record, let's talk about that, you know? And I think it's still, I still kind of work the same way.

I want to find things that are interesting as opposed to things where someone spent a lot of money on the studio, you know? So that's, that's still the focus, you know, it's art over equipment. You know, a lot of times in a field like this, where people talk about, you know, music recording, they get obsessed with the recording equipment. And, you know, tools are great. In any field, having the proper tools is fantastic. But you can make do with whatever you're given and make art with anything. And that's, art is always going to triumph over that. So that's probably the biggest, most important core of what I do.