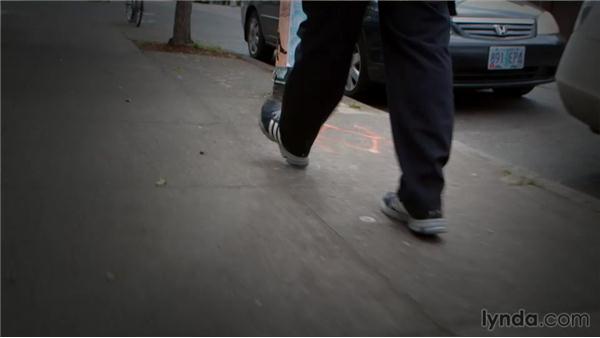 Larry Crane: The only reason that I've been a record producer, a DJ, a magazine editor, everything. It's all just because I love music. Even stuff that I do, it's all about feeling like I'm part of it, putting something back in. To me that's just, that's it, that's what I live for. I want to put something back into it, and I want artists to do the best that they possibly can. So, I think all of that kind of ties together in everything I do. And that makes me.

I opened a commercial studio when I was 33 years old. I wasn't young, so to speak. I wasn't, like, 22. Nobody taught me how to record. I really, it was like a lot of trial and error. I never interned at a studio. I did go to the library, and I read everything. Every book I could find that had anything to do with recording I read. If there was a magazine there that you couldn't check out and take home, I would stay there all day and read it. And then going home and trying things out and reading. And I probably studied harder than I would have if I was in school.

I knew I could figure it out, because I knew electronics, and I knew that, you know, it was also an art form. I started recording probably when I was about nine or something. In high-school there was a class where you could do electronics, and I'd build little synthesizer boxes and stuff. And then I had a roommate that was a really good musician. He showed me how to play bass. And then I started playing bass in bands and stuff. Initially really weird art projects, like I had a group called Ziplock. And then, that led to having a band called unfortunately, Vomit Launch.

I made four records when I was in Vomit Launch. I would run the band through like, demos. We would demo stuff in our practice space on my four track cassette recorder. And then, add overdubs at home and listen to what they would work like. I was just obsessed; it all made sense to me. In 1993 the band was done, and I moved up to Portland, Oregon. I've been here a lot on tour. And, my first thing was that I was going to get out of music. That I was done, done, done with any kind of idea of a music career.

And I went to food service, and then all of a sudden I had free time. And so I started playing music. My wife at the time was a drummer. We put a band together. Grabbed a friend to play bass. One day he came by. We were building a rehearsal studio in our basement. We just moved into a house. He came by with two reel to reel four track decks. We put his four track up there. I found a mixer that was laying around. Or I got a really, really cheap Mackie Mixer and plugged it all in and started recording demos. But it was really great. It was like three days off a week.

There's plenty of time to do a couple days of recording. And, and that's when I started, initially started Tape Up magazine. Because I had a computer I wasn't using. I had a P.O. box I wasn't using. And I had time. And I wanted to learn more about recording so I could record things in my basement. It really insulted me that there were magazines that, kind of assumed that either you were either going to go into a multi-million dollar studio to make your record or that you're just a hobbyist. Because in the middle, is where all the records are being made, really.

Even, you know, bigger records. Most of them aren't made in those multi-million dollar studios. Those are where they're scoring film soundtracks or J-Lo comes in to do one vocal a week, you know? I knew there was this area that especially if you think back to like 1996, there were so many low-fi records and nobody was writing about that kind of thing, like someone making records at home, that had you know decent release, but they weren't even writing about the smaller studios that those records are being made in.

And I thought well, there is a wide open door. So I named the magazine Tape Op, and I figured it's gotta be a really positive thing. It's gotta be about learning and teaching others about what I'm learning. It's really just about the art of making records. Right before I opened that studio I figured out, oh my god. I have studied electronics when I was young. I always kept that in mind. I played in a band for like almost nine years. I did all these home recordings.

I worked with artists. I kind of co-produced in the studio. I understood the flow of a session. I mean, I didn't know everything. Like, my gosh, no way, but I knew, all the things that combined could help you to open a recording studio. That's the best way to learn, man. If you jump in and you start recording non-stop. Like, I'm talking like 25 day months of 12 hour days of just record, record, record. You're going to get better. There's no doubt about it.