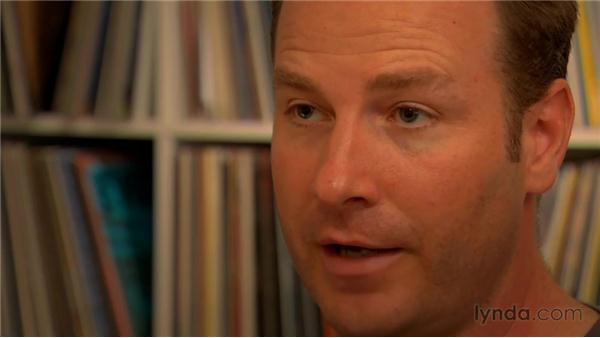 (Music plays.) Music supervision for video games is a lot more technically demanding because the nature of video games and how music plays requires almost these loops, instead of full compositions or songs as we know it. It's broken down more and it has trigger mechanisms built into the engine, the music engine and within the program to reflect changes in the gaming.

So it's not like you are just scoring to a defined picture. As you know, with a game, you are controlling what happens and so things could get more intense, things can relax more and the music has to reflect that. So it's like the composition of the music requires more specificity in how you writing in sections and the sections have to queue based on the action. From a music supervisor standpoint, it could be a game that's more almost like a juke box of music playing. Maybe it's a racing game or Rock Band type of game where the music is more defined as just hey, select the music that works, that's right and put it in there and have it play.

The bands also look at it as an opportunity for exposure. The video game oftentimes or the game company will say oh well, it's promotion, it's spins, it's building exposure for your band and so you see specialized marketing initiatives now where bands will put out their new album or their new song exclusively through a game because they know that they are reaching young people and it's legitimate.

It's another way to bring music to people. The reality is young people are spending lot of times with games. I worked on a project called as Destroy All Humans, which was a 1950s theme kind of alien landing on earth and then just blasting away. They wanted this hybrid of classic 1950s meets electronic Sci-Fi weirdness contemporary. I had to remix old classics, 1950s classics. A Little Star, Shaboom-Shaboom, all this stuff and we actually put out a soundtrack too. So as a companion piece to the game you could get for free or it was bundled with the first 5000 games.

It was an actual CD. So that was really cool in terms of working on the game, feeling good about my work on the game, but also being able to create this standalone soundtrack to go along with the game. Full Spectrum Warrior was another game I worked on which is more based in battle ground situations. So there was certain intensity and it also had to reflect the situations, the context. Like being in this fictional Middle Eastern war zone that they created in the game. And just for having that ethnic flare that was accurate for the Middle East in a way.

So that was some of the requirements there. Often times you are dealing with a group of people on a game, a group of developers instead of a singular unified vision of a director on a film. At least that's my experience. I think as video games become more cinematic in terms of their experience and I think that's happening, I think certain things will change and maybe they will become closer but I find that the video game world is more flying by the seat of your pants. A little more clumsy, the money is not there, they don't fully understand the value of music yet but perhaps it will happen.