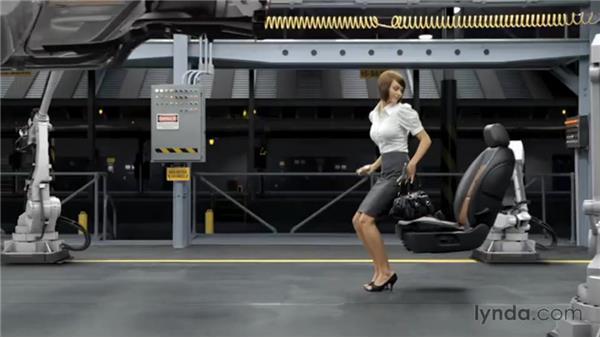 (Music plays.) Working on music supervision for advertising, in some ways it's more fun because it's such a concentrated frame, 30 seconds or 60 seconds, and also the turnaround is quicker, so it's not quite as draining long term as a film project or a video game. You can use the quick turnaround to your advantage, so that if there is a song that I feel is buzzing at the radio and if I feel is really just ripe but nobody knows about it yet, I can pitch it for an ad and then the ad will run fairly quickly, within a couple of months typically.

So you capture the arc of that song. Maybe that song will also be getting more airplay on the radio, will be getting some video/television airplay. So it is sort of fits in what's happening. It feels very fresh, very now. That's the potential anyway. A recent campaign that I really feel good about is this is Chevy Malibu campaign. There were four different spots that I worked on and a lot of them ran during the Olympics, during the Super Bowl, during the Grammys, and some high profile stuff. So I got a great feeling when I see my work running during the closing ceremonies in the Olympics. You don't get a bigger audience than that.

In advertising there are number of hoops to jump through. You're dealing with the agency, you are dealing with the director. Sometimes you are dealing with people you don't even know, you are not in communication with. You are just hear, Oh! Well so and so from the agency thought that was a bad idea. But in the case of the Chevy Malibu somehow these really fresh independent music ideas made it through. I'm going to play this spot here which is Oren Lavie from Berlin and it's a really sweet spot. It's about a girl growing up and she is on the conveyor belt at a auto manufacturing plant, but she is being surrounded by a car that's being built around her. The idea is that as she grows up, safety is first with this car.

So the song I felt like just had a simplicity and an honesty and seemed to be-- The song is called "Her Morning Elegance" and it seemed to be a balance, simple beauty of a woman. So let's check it out. (Music playing.) So here she is growing up as a toddler, there is her parents. Here are the machines surrounding her.

(Man singing: Sun been down for days. A pretty flower.) Preteen. (Man singing: In a vase.) Always looking out for those machines. (Man singing: The fireplace.) She is at the prom. (Man singing: A cello...) Graduating. (Man singing: ...in it's case.) She's off to her first job. (Music playing.) (Man singing: Soon she's down the stairs. Her morning elegance she wears.) (Music playing.) I just liked how that song worked and it was something originally very instinctive and thankfully it survived. I can only imagine how much criticism was put on this. You imagine a company like Chevrolet and I mean, imagine the boardrooms. The stakes are so high with this, and here I'm in my Venice studio, just trying ideas, up against it. So for that to actually survive and to go out nationally is pretty remarkable.

Okay. This one is for an Indonesian cigarette company. Um. Look, I don't know. They called me, so I'm going to work on it. You see these people, noticeably they are very healthy and athletic, even though they are apparently smokers. They are running through this kind of futuristic situation, jumping over things.

(Music playing.) You will see an edit point here where leaves come off of the tree. The music is in sync, like a nice instrument comes in. Notice how the music really is synched with certain picture events. (Music playing.) That's a great example of where the music cuts. And in this case, it's a band called Zero 7. Now this band didn't write this song for this picture. So the picture really had to adjust to the song and they had to have that flexibility on the picture side. But the thing I wanted to point out on this is when I worked on this spot, I was looking at these actors running through a sound stage, everything was green screen, there were none other details of this world that we see.

So it's just a funny situation to be in because I'll look at this after the fact and go, wow, that's amazing. The world that they visualized and created, but I'm looking at these same shots and they're in some sound stage in Culver City and it's beautiful how it all comes together. In these cases, it makes me feel really good in terms of my role as a music supervisor, because these are career changing events for these bands. I mean they would never have the opportunity to get this much exposure any other way.

I think part of the reward really is just the satisfaction of knowing that you made a difference for great music.