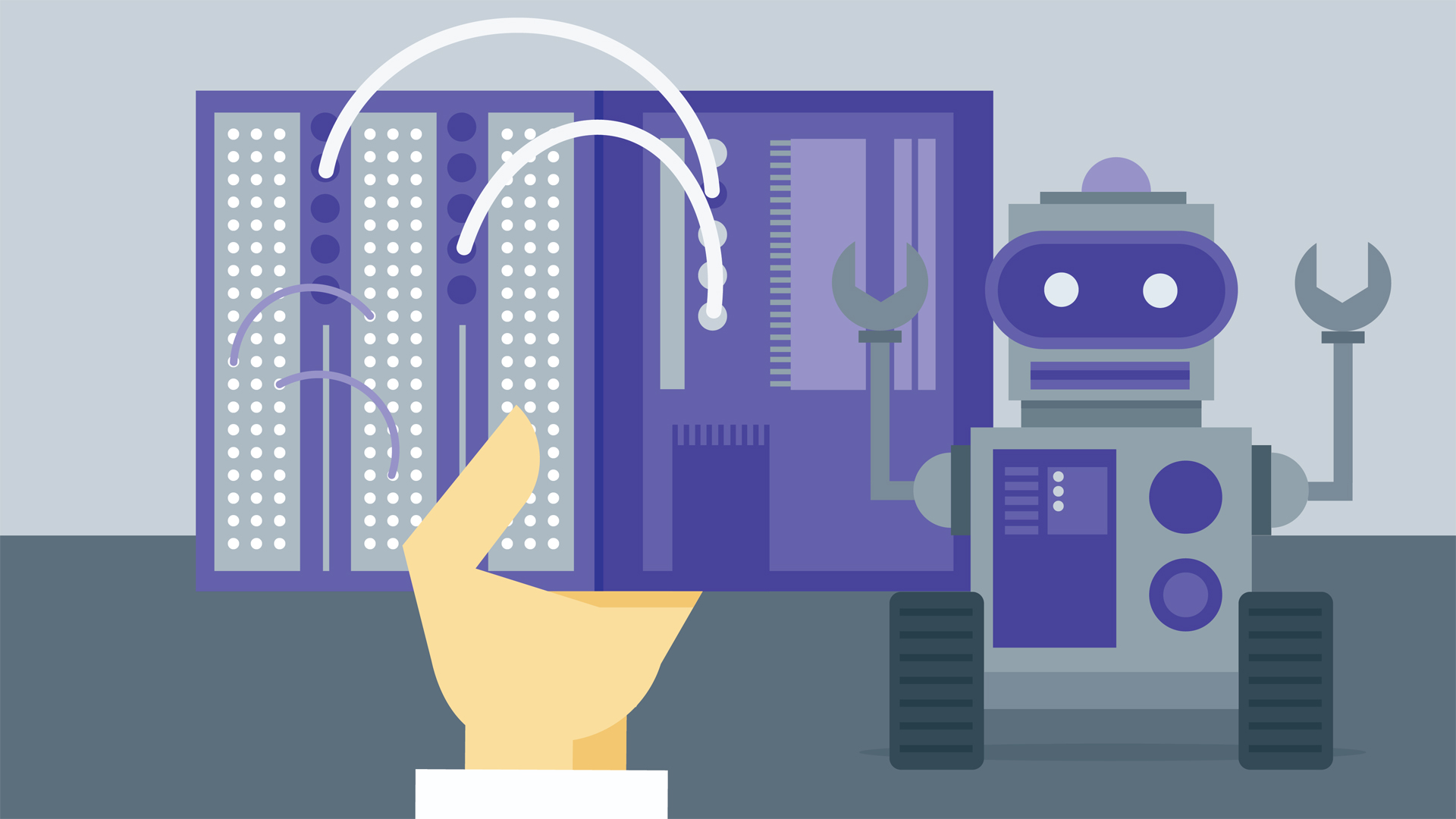 6/25/2015
Microcontrollers power everything from your thermostat to your kid's RC car. Arduino, the family of open-source single-board microcontrollers, puts that power in the consumer's hands, allowing serious programmers and hobbyists alike to program their own interactive objects. Join Peggy Fisher in this course and learn to start programming your own projects with Arduino.

If you're new to do-it-yourself computing, start by learning how to get your Mac or Windows computer communicating with Arduino and reviewing the basics of electronic components and circuits. Then tour the most basic Arduino model, the Uno, and learn to write your first program. Peggy also reviews the five other major Arduino offerings: the Leonardo, the Yun, the Esplora, the Robot, and, for wearable tech, the LilyPad. Along the way, Peggy shows how to put your knowledge to work in several sample projects, including a Morse code translator and a light-driven music instrument.
Topics include:

- Hi, I'm Peggy Fisher. And welcome to Up and Running with Arduino. Arduino is an open-source microcontroller that makes interacting with objects in environments easy. Microcontrollers are everywhere, from R/C cars, to walkie-talkies, even watches. The Arduino boards might be small, but don't let their size deceive you. They are powerful in their capabilities, and provide lots of room for growth. In this course, we will start with the most popular board, the Arduino Uno.

Throughout the course, we will also explore the Leonardo, the Esplora, and the Yun. We will even take a look at the Lily Pad, which is designed to be sewn into your clothing. Before diving into programming with the microcontroller boards, we'll start by covering some basic information about electronic components and circuits. In addition, I'll show you how to set up your computer to talk to the Arduino, on both a Mac and a PC. And we'll even explore projects that make lights flash, robots dance, and so much more.

Let's get Up and Running with Arduino.