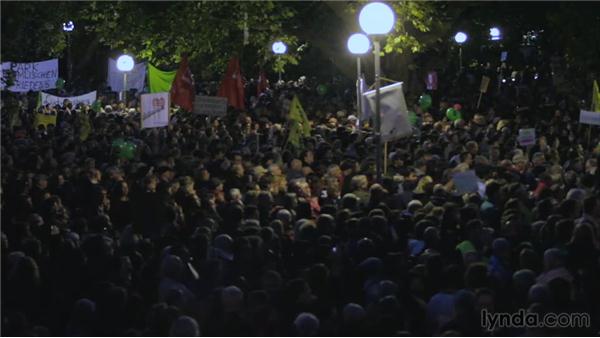 Join Gary Hustwit for an in-depth discussion in this video New Orleans to Stuttgart, part of Urbanized.

It's something where architects had a lot of fun at some great expense. I mean, I'm thrilled that they're doing it, because the notoriety for the city has been fantastic and the movie star lives like a block away from me. I can't remember his name, um... whatever his name is. Brad Pitt? Brad Pitt! My wife saw Brad Pitt this morning. What Mr. Pitt and his foundation is doing is wonderful.

And now everyone wants to go to the lower ninth ward. And the minute they get there, they go "Oh gosh, what is this?" I mean, it looks like, you know, you're in California somewhere by the beach in Malibu. What it looks like to me. It looks like my best friend's mother's beach house. Just cause the architects are so divinely wonderful, isn't going to make a place wonderful. In New Orleans, people talk about planning fatigue.

After Katrina, lots of people went to lots of community meetings and put lots of stickers on lots of maps. Often times they didn't really see any noticeable change. So I thought, well, what if residents had better tools to shape the future businesses in their neighborhood and beyond. And so I thought, oh there's a lot of vacant storefronts, where better to ask for civic input than on the very space that we're trying to improve.

I put grids of stickers on neglected buildings around the city, and a little sharpie pen for people who are walking by to write what they wish was there. They are made of vinyl, so they are very sticky but future business owners can easily remove them without damaging property. I've been blown away by the range of responses. [upbeat rock music] It leads to the bigger question, what if residents had better tools to shape the development of their neighborhoods? We're the ones who know what businesses we need, what things need fixing.

It's like a love child of urban planning and street art. [laughs] There are so many things, you know, living in the same neighborhood that we could actually share with each other that would help us understand what's going on. You know, share local information. And right now it seems kind of funny that it's easier to reach out to the entire world than it is to reach out to your neighborhood. You look at the messages in public space. You might think that all we care about are sexy beers and fruity shampoos and the latest Hollywood movies, right? And you think, does that really reflect what's important to us? I think we need to consider whether our public spaces can be better designed so that they're not necessarily going to the highest bidder.