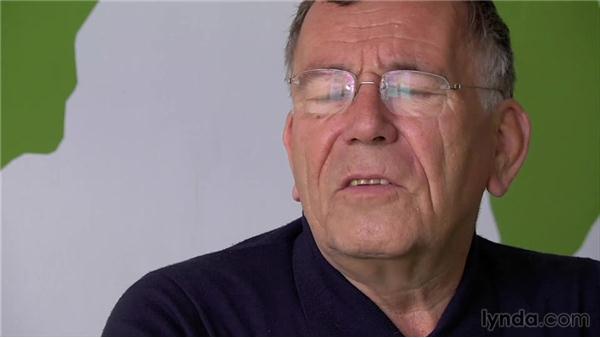 Join Gary Hustwit for an in-depth discussion in this video Jan Gael, part of Urbanized.

This year, 2010, I have been a full-time architect for 50 years, meaning that I graduated in 1960. The architecture school at that time, it was very much we were taught about the glorious new ideas of the modern days. That in cities you should always separate housing, work places, recreation and communication. You should never make cities, streets were bad, squares were bad, what you should make would be free-standing buildings surrounded with trees and lawns, and preferably high buildings, because you could have more people and more grass.

That was my training and I went out of school of architect as a young architect really looking forward to working with a city as a machine, as a modernist had instructed us to do. Then a few months later I married a psychologist and then suddenly there were new tunes being played, and the story goes, more or less like this, that my wife and all her friends, they always asked us young architects, "Why are you architects not interested in people?" We would say, "We are interested, for God's sake, "interested in people, that's what it's all about.

"Aesthetics, spatial sequences, the texture "of materials, the volumes, the design of a facade, "all this is really something which "people are urging for." And they said, "You know this much about people." It's very difficult to limit the amount of asphalt in any city, because people believe that the amount of asphalt is given by God and is protected by United Nations Human Rights.

But if there is an earthquake, and a freeway collapses, that is an act of God. We had such a situation in San Francisco in 1989, where the Embarcadero Freeway cracked and had to be closed. It was believed in the beginning that now it would be the end of San Francisco as a lively place, as a vibrant business city, because now the bloodline has been severed. Before they were even finished with making the plans for what they could do, they realized that there wasn't really that problem.

Because very quickly the traffic had adjusted to what other opportunities they have. People started to go by public transportation, maybe they had carpools or whatever, two or more in each car, and then they realized that they didn't need the Embarcadero, and if you go to San Francisco today, you can see the Embarcadero is now a pool of hardware trams and people promenading up and down. There are several histories around the world of facilities for cars being diminished for this reason or the other.

Sometimes by a strong guy, like a strong mayor who closes a street or whatever, and then very quickly, the traffic finds a new level. We have more leisure time, we live much longer, we live in smaller and smaller households. The public realm always was an important part, and throughout the history of mankind, of our social opportunities.

What we can see now is whenever we make good, quality public spaces for walking, for bicycle, or for public life, people will generally come streaming to participate. We can just see the enormous growth in the number of cafe tables around the world. I can give you a figure here, in Melbourne five years ago, they had 7,000 cafe chairs. Five years later now they have 15,000 cafe chairs in Melbourne, and that is the same pattern we can see in all the industrialized cities in the Western world.

That shows that there is an enormous interest in spending time among your fellow citizens, because there's one thing which has been constant for years and years, and centuries and centuries, that is that man, other people is the most interesting object in our lives. There is a saying in an old Icelandic Edda, "Man is the greatest joy of man." If you go and study what is happening in any place in the world, you will find exactly the same pattern, that the children will play where other people are, the youngsters will hang out where they can watch what's going on, the old people will want to go and see what's going on in the community, in the city.

The boys will look at girls, and the girls will look at boys, and they'll continue throughout their lives to do that. We watch people all the time. That's the greatest interest of ours. Taking the whole notion of the public life and the public realm away from our cities wasn't a great idea. Now when we know more about how to bring it back, then we can see it being brought back in one city after the other with very interesting results.

If we, in a city like Copenhagen, suggested today, "Let's go and take away all the pedestrian "and public squares and pedestrian spaces, "and let's fill it up solidly with some good cars "going fast in all directions." You will have a revolution.