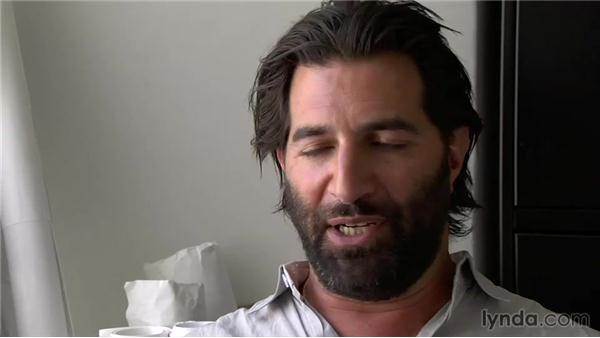 Join Gary Hustwit for an in-depth discussion in this video Cities we love/hate, part of Urbanized.

Noah: I always feel like when you arrive in a city, you get a great feeling about it or you get a slightly queasy feeling about it. Ricky: Cairo is, first of all, for me, as someone brought up in Rome, it's difficult to say that any other city is as beautiful as Rome, but is one of the most beautiful cities in the world, together with Istanbul, Cairo Rome... we're up there. Grover: I think Shanghai is completely out of sight. Kuala Lumpur is weird.

I mean, you get to the point where you have weird cities and then you have very powerful cities. Rahul: I think one of the most beautiful cities is San Francisco for many reasons besides the fact that you throw a grid over topography like that, that you get stunning moments. I think what's powerful about San Francisco for me is two-fold. One is that it's managed to organize itself in the landscape that it sits in in a very beautiful way, in the way it's colonized the land across the bay, the connections, and its relationship to the topography.

But I think more importantly, what I like very much about that city is that there is a kind of pluralism there of form. You have a downtown that's high rise, you have low rise. It all works really well in those different adjacencies. Grover: I'm not wild about San Francisco because we live in New Orleans. San Francisco to us looks like, I don't know, what's the big deal about this place? I was sent to San Francisco, was supposed to spend a week with very powerful, grand people.

I lasted two days. I said, "I'm out of here." Noah: One of the cities that I've been to probably five times and yet have not ever been able to reconcile myself to is Athens. A city that in so many ways is thought of as the epitome of democracy and this great culture but it actually doesn't have a great planning tradition. In fact, Athens is a chaotic city. It's a dirty city. It's not a very attractive city. If you go to the Acropolis, you see that it's surrounded by congested urban detritus.

Eduardo: I like messy cities. Let me try to explain that. (laughs) Let me try to explain. I mean, I like cities. It's obvious, if you go to New York. Cities - what cities are, it's a fantastic mix of people. There are beautiful places. I don't want to be offensive again but I was just last week in Switzerland. Beautiful -- to go to Lausanne, Geneva, Zurich, they're so perfect but I would never live there.

Tennessee Williams told me this. I'll never forget this. I said, "Tennessee, I have to go in to school in Boston." This was when I lived in Rome. Tennessee said, "Oh you're going to hate it." I said, "Why?" He said, "Because everything works." I said, "Oh." And he's right. When you're in a city that everything works, it's not going to be a lot of fun. Look at New Orleans. It's a dysfunctional city basically. The plan is somewhat dysfunctional.

The politicians are somewhat dysfunctional. The people focus on things that have almost nothing to do with reality. It's a fantastic city.