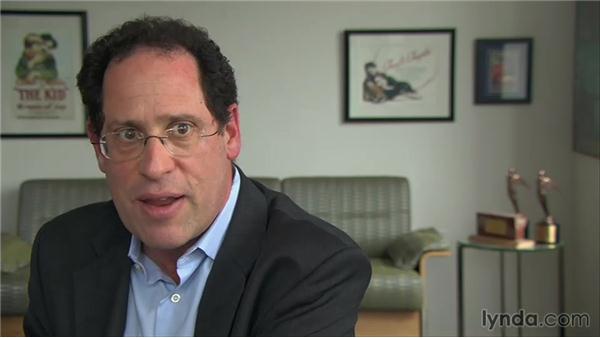 (upbeat harp and guitar music) Today's Beijing, when I go through it, I see a city I don't recognize.

It's a new Beijing, but I'm not sure if I like it. (construction) When I was growing up, my family would take a walk after dinner, summer time typically. Then we'd meet people, friends and relatives. And then you stop, you greet them. That kind of feeling of living in a city is not here anymore.

It's gone. In the past 30 years, cities were conceived and designed to be part of the economical development. Which is okay, but I think livability was really ignored until very recently. So it's not convenient. It's not comfortable. (heavy traffic) The roads, I don't want to call them streets.

They are not streets, they are roads. They would start from 30 meters wide and goes up to 100, 120 sometimes. That's not an urban street. See, those mistakes didn't have to happen, even if you build a city fast. Rem Koolhaas, he was one of the first people pointing out there is a different way of thinking about cities in China.

Every major building really demands its own specific scenario in terms of what you're trying achieve with it. Your first consideration was, "How could you create place "in a collection of high-rise towers?" These tower basically consume place, but very few towers can really manage to create a larger than itself moment. That can really explain the shape. For me one of the more interesting parts of it is that it's kind of a building which doesn't have a single identity.

That the slightest movement in the city actually changes the building completely. It has an almost unlimited amount of different identities. (office machines) I think that very few cities these days are really designed, and that there has been very little rethinking what cities could be.

Particularly since we have invested in a market economy so much power. (tiny table saw) There is an incredible amount of wasted effort in the profession. A fair amount of this can be generated through the procedure of competitions which is really like a complete drain of intelligence. I don't know any there profession that would tolerate this.

Should it have history or should it not have history? I think all the issues are essentially the same. Since we're still right in the middle of a pretty fast urbanization, cities will be build kind of fast. But I really hope that collectively we could correct some of the mistakes made in the past 30 years.

As China builds its cities, as India builds its cities, It can't just take the recipe from 20th century America and apply it to 21st century China or 21st Century India. That would be horrendous for them, it would be horrendous, frankly, for all of us. (bright bass and guitar) (upbeat drums join) (clean electric guitar joins) Cities today consume 75% of world energy and therefore contribute 75% of CO2 emissions.

Added to that, 40 years from now 3/4 of the world's population will be living in cities. They will consume more and more energy. So a small reduction in the environmental footprint an energy footprint of a city has a massive impact on the planet. We're interested in making people more aware of their patterns of behavior so they can change them.

In this project we were interested in electricity usage. We actually went for a very low tech method of recording electricity usage. Rather than using smart sensors. Each day we got the participants on Tidy Street to go down to their meter, note down the reading. Then they went to our website and they put that number in. We were interested in doing a public display, We decided that we would turn the street into a big graph.

On the street we show how the average usage of the participants compares to the Brighton average. It's 500 feet long. We recorded for three weeks, and each day we show how they compare. So if you're looking down the street, you can see how their electricity usage has changed over time. It's woken us up. I'm not very technological, so I did my best. I'm trying to unplug things. It has made us very conscious of what we use, what we waste.

(meow) It wasn't really so much about the numbers as where your wiggly line was going in relation to the street's wiggly line. Seeing the information graphically really focused you into thinking about things that you leave on that you don't need to. Mine was quite high, so I needed to, in the community spirit try to get that down rather than bring the street average up and above. So I started changing the way I did things. One other piece of technology that we gave the participants was an appliance meter.

I think that was really important for them. Once they got an idea of how their overall electricity was changing they then wanted to identify which particular appliances were using more electricity. We'd see just how greedy some of the devices we had in the house were. Halogen lighting, very very greedy. Television not so bad. The kettle, yeah we have to ration the number of cups of tea we have every day, because it uses up so much electricity. It does make you very aware of what you're using.

Everybody that walked by, you could see them examining the street art, trying to understand what it was. There was a lot of conversation that went on in the street. We met someone you were always talking about the project. When people were walking down on Saturday, they wanted to talk about the project. I think you genuinely raise the profile having this thing in the road. Over the first few weeks of the project, the average electricity usage of the participants came down by 15%. So it's promising. We're hoping that that change will be sustained.

I thought about energy usage in general, but I hadn't thought about how I would change my behavior to do anything about it. By participating in the project, what it did was made me act on it as opposed to think nice thoughts about perhaps doing something. The main lessons we can learn about sustainability from this project, is that although it starts with individuals, a really important factor in people's behavior is their community. People are influenced by what other people are doing around them. So if you can engage them as a community, they seem to be more motivated, and more likely to change their behavior.

Maybe out of these extreme energy pressures, the positive aspects of human nature, the quest for innovation, for inquiry, will lead to something which is more exciting, more sustainable. As an architect, if you're not an optimist, you're not going to be able to survive professionally. So you have a belief in the future. The big transformation of the city happened through technology.

For example, in the past, technology that would take away the open sewers and create the networks of roads. What is the equivalent now of those new technologies?