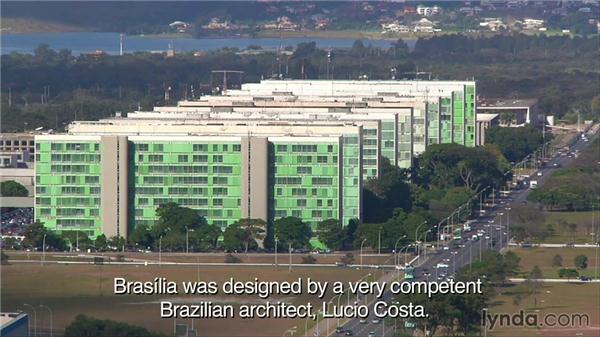 Historically, cities have come into being for many different reasons. Cities grow up around logistical issues, for example, on a port, and/or somewhere that is advantageous specifically for trade. I mean it's almost always an economic question. By the mid-1800s, industrialization had been a reality for a couple of decades already in the major cities of Western Europe, and the congestion, the insalubrity, the just unlivability of those cities made it such that there needed to be some sort of a solution.

In Paris, Baron Haussmann comes in and radically demolishes the city, eliminating all of its medieval streets, its slums, and rebuilds the city, with the round-abouts and the other iconic elements of Paris. Unlike Europe, America's cities didn't have a really strong architectural legacy. City Beautiful was a movement to bring the grand boulevards, large civic arenas of classical architecture into American cities, to encourage a kind of civic pride.

The next major shift would be the Garden City movement, which is happening right at the end of the nineteenth century. The idea would be to separate out the different functions of the city, with concentric roadways and greenbelts. The Garden City proved to be incredibly influential on the modernist movement. Modern city urban planning is very similar to modern graphic design, or modern industrial design, it's minimalist, very ordered, very rational, separate everything out.

(translated) I think architecture is invention. In architecture it isn't enough to just have the right building that works well. It can also be beautiful, it can be different, it can create surprise. And surprise is the main thing in a work of art.

Brasilia was designed by a very competent Brazilian architect, Lucio Costa. He made it with his heart, with great desire. I am responsible for some of the architecture. I went to Brasilia to make the Cathedral. I thought about making it round, so I built the columns up and the Cathedral was ready. It's astonishing, I've made how many churches? 23, and I'm an atheist.

But the problem is so beautiful, it is so rich, it allows many ideas. I like and respect Brasilia very much. It is a simple city, a rational one. Brasilia was the ultimate modernistic city built on all the ideas of the modernistic manifests.

It looks fantastic from the airplane, but if you are down at eye level, on your feet, and going from one place to another, Brasilia is a disaster. Every distance is too wide, things are not connected, you have to travel for endless miles and miles along completely straight paths. Nobody ever started to think about what would it be to be out in Brasilia between all these monuments.

Of course it makes a certain logic to separate things out. You don't want cars and pedestrians in the same place. It's not safe. But as we've certainly come to experience, if you design the city so that every single trip has to be made by car, suddenly, you're not zipping around anymore, you're stuck in enormous traffic jams.

The 1950s is when the automobile starts to have a real impact on cities, especially American cities, and largely a detrimental effect. Not only do you have increased means of access to the city, bringing more cars and creating congestion and noise, but also radically changing the way cities are designed. And this is becoming increasingly a global issue, especially in developing countries.