Putting it all together in ArcGIS 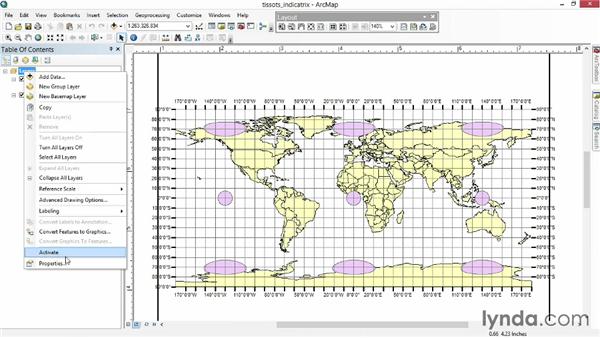 Now that I've shown you the graticule, scale reduction, developer services and ellipsoids and datums, we can turn our attention to projections. First, it is important to consider that when we go from a 3D Earth to a 2D medium we will have distortion. Projections help us compensate for distortion, by allowing us to preserve some element. So for example, equivalent projections preserve areas. If you are doing, studying on population density and you want to preserve your area, because you at looking people per area.

An equivalent projection would be a good choice. Another option would be a conformal projection, which preserves angles. When you preserve angles, you are preserving shape. We'll talk about that in just a minute. Another category we might consider, is the compromise projection. Although it doesn't preserve area or angle, it tries to minimize distortion over all. And usually our global projections are compromised projections. There are two other aspects that we might preserve such as direction and distance.

If A equals B, then that means out trajectory, or our vector, or run line is consistent across all lines of longitude. If this is the case, then our shapes are preserved, so conformal maps preserve angle and thus shape is preserved. One of the best ways we can understand this idea of distortion, is through the use of Tissot's Indicatrix circles. The symbol representing a point on a reference globe with the unit radius.

However, we know that this is just a 2D display that we're interacting with. But notice what's happening with the Tissot's Indicatrix circles. Depending upon the angle that we view this, the circles change just slightly. The unit circle itself, keeps the same shape in the area. If it were really applied on a true globe. In this case we just have a slight distortion. Now these unit circles are very helpful for us to determine distortion. Let's look at various projections, within the ArcMap environment that I've set up to demonstrate this.

In this case, neither one of these aspects is preserved in that kind of projection. Let's go back to ArcMap and see this now. Here in the layout view, I'm going to adjust the projection. So that we can see the Tissot's Indicatrix and what results from that. To do that, I would change the data frame project properties. I'll right click on layers here and choose the properties and go to the coordinate system tab. In this case it looks like I have geographic coordinance selected.

I want to use the projected coordinance system folder. And in this example I'll start with a continental and focus on North America. One of the most popular projections used in the United States is the Albers Equal-area Conic Projection. Let's look at that now. Here is the Albers equal area conic projection. Notice what's happening with the Tissot's Indicatrix circles. They are definitely changing shape. Aren't they? We see a different kind of circle here from here, and notice right down here we have a very distorted circle. But in this case, this is the Albers equal area conic, we have an equivalent projection.

Notice the area, is very similar between this one and this one. It's very difficult to see the area on this one and compare it to that one. But in this case, they are equivalent. Now let's look at another example. Another popular choice is the Lambert Conformal Conic Projection. We'll choose that and click okay. The lambent conformal conic projection by its name, tells us that it preserves angle thus shape is preserved. If we zoom out here we can see that very thing. Notice here, our circles are all circles, but the areas change dramatically.

If we look at the details of this particular projection, notice a few things. Notice here we have two standard parallels. That means this is the seekind case. Another thing I'd like you to see is that this is based on the Northern America Datum of 1983. And you can even see the particulars of this spheroid, or the ellipsoid of GRS1980 with its semi major axis and its semi minor axis. Okay, now let's look at some compromise projections on a global scale. Here I'll open up the properties and choose the World folder.

First, let's start with azimuthal equal distance. This plane or projection. Allows us to measure across the globe, and find accurate distances between places. Esri offers many options for projections. Let's take a look at another. Here I'll show you the Cube Projection. When I apply this, notice what happens. Our North Pole and our South Pole are kept consistent, and the Tissot's Indicatrix circles are, showing fairly good consistency across the entire map projection. This particular map projection is centered on 0 degrees longitude, or the Prime Meridian.

Well, we could adjust that very easily. Going back to the properties and double clicking on cube brings up the dialogue box or dialogue window to change this. Here under Central Meridian, we can adjust it let's say to maybe Western United States, so in that case, it's negative 135 since we're dealing with the Western hemisphere of longitude. I'll click OK. And see the adjustment. If we wanted to go in the opposite direction, to, say, somewhere around Thailand. I could do that. Let's do that, now.

I'll adjust it to be 100 degrees, East. Now the map is centered on the area of Thailand. It's easy to adjust map projection parameters like this. Now let's look at another popular projection. The Good's World Atlas, is a popular projection and it often mimics a squished orange peel. Here it is. Notice that this shows Indicatrix circles. This is a compromised projection. So there isn't significant distortion, anywhere on this map. But there is distortion. And neither angle or area is preserved.

Let's look at two more projections; the Mercader projection and the Robinson projection. The famous Mercator projection is a conformal projection. In this case, angle is preserved, the shape. But the area is exaggerated. Of course, Greenland in real life, is not nearly as big as the Southern cone of South America. But in the Mercator projection Greenland appears huge, because it's near the poles. Also take a look at Antarctica. It looks like a giant landmass when in fact it's much, much smaller than this.

Finally let me show you the Robertson projection. Here in this compromised projection, you can see a global picture where distortion is kept to a minimum as we view the Tissot's Indicatrix circles. Through the ArcMap environment, you can essentially create your own projections by adjusting different parameters, that are associated with existing projections. Or you can use different types of ellipsoids to adjust the parameters of any location on Earth. To create new projections for different geographies. 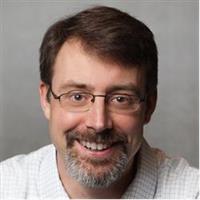 5/8/2014
Learning GIS (geographical information systems) requires training in cartography, database management, and spatial analysis. But once you've built a solid foundation in the basics, how do you approach GIS challenges in the real world? Dr. Jason VanHorn is here to help you master practical GIS scenarios, and answers the 7 most common questions he receives from other GIS professionals, including: Where can I get quality data? How do I create projections? What's an inexpensive solution for collecting geospatial data? and Where can I find a GIS job?
Topics include:

Video: Putting it all together in ArcGIS