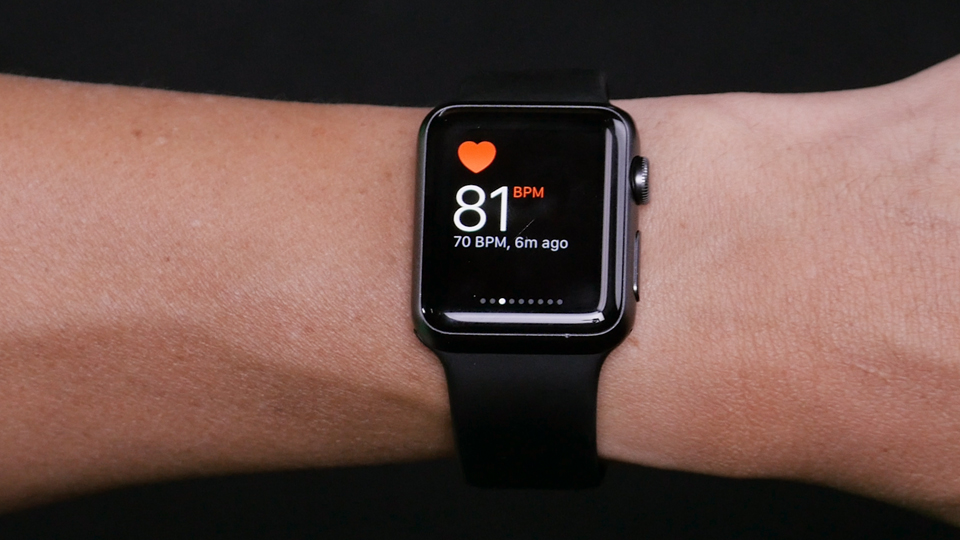 Join Garrick Chow for an in-depth discussion in this video Customizing haptic strength, part of Apple Watch Tips and Tricks (2015).

- One of the most useful features of the Apple Watch is its haptic alert system, which is what provides the various taps or pulses on your wrist, which when paired with its alert sounds should get your attention when your watch needs to notify you. (notification dings) The term "haptics" has to do with forms of interaction or communication that has to do with touch sensations. However, depending on how you're wearing your watch and how sensitive you are to physical sensations on the back of your wrist, you might not always feel it when the watch starts tapping, and you might not always hear the alert sound in noisy environments, or when you have the watch in Silent Mode.

Fortunately, you can adjust the strength of the haptic taps to be more prominent and noticeable, and you can do it either from your watch or from your iPhone. From here on the watch, press the digital crown to go to your apps, find Settings, and scroll down to Sounds & Haptics. Here under Haptic Strength, you can choose from a low, medium or high setting either by tapping the buttons on either side of the bar, or by turning the digital crown.

If you're wearing the watch, you'll get a sample of each intensity as you select it. Now, some people have trouble feeling the haptic taps even at the highest setting. If you're one of those people, you also have this option of turning on the Prominent Haptics setting (notification dings) which makes your watch provide an additional vibration before the main haptic alert, essentially giving you a longer physical notification, which you'll have a better chance of feeling. To adjust these settings on your phone open up the Apple Watch app. In here, go to Sounds & Haptics. Here you'll find the same options.

We have the Haptic Strength slider, which you can adjust by tapping either end or right on the slider itself. And you'll still feel the taps on your watch as you make adjustments here on your phone. And at the bottom is the Prominent Haptic switch to turn that option on and off. Now, if you're still having trouble feeling the haptic notifications, you can also try adjusting the tightness of your watchband. Apple recommends that you wear your watch so that it's snug and doesn't shift around on your wrist, but not so tight that it's uncomfortable. If your watch shifts around when you move, you'll have less chance of feeling the haptics.

And a loose watch will also result in less accurate heart-rate measurements. And there are just some situations where you probably won't feel the haptic taps at all, such as when you're doing things like running, or any other activity where you're moving or bumping around a lot. Just keep in mind that the watch's haptic taps are by design, meant to be gentle taps on your wrist, and not intense and possibly annoying vibrations. So there will definitely be times when you don't feel them, but now you know how to make them as noticeable as possible.

12/22/2015
Get the most from your smartwatch with these expert Apple Watch tips and tricks. This course shows viewers how to customize Glances, set haptic strength, customize and clear notifications, quickly silence the Apple Watch, arrange apps and quickly switch between them, and use Siri effectively. It also discusses how to use the fitness apps, play and manage music, use Passbook and Apple Pay, and send and receive calls, texts, and emails. And viewers will love the handy miscellaneous tips, like how to preserve battery life and use the Apple Watch to find your iPhone.
Topics include: