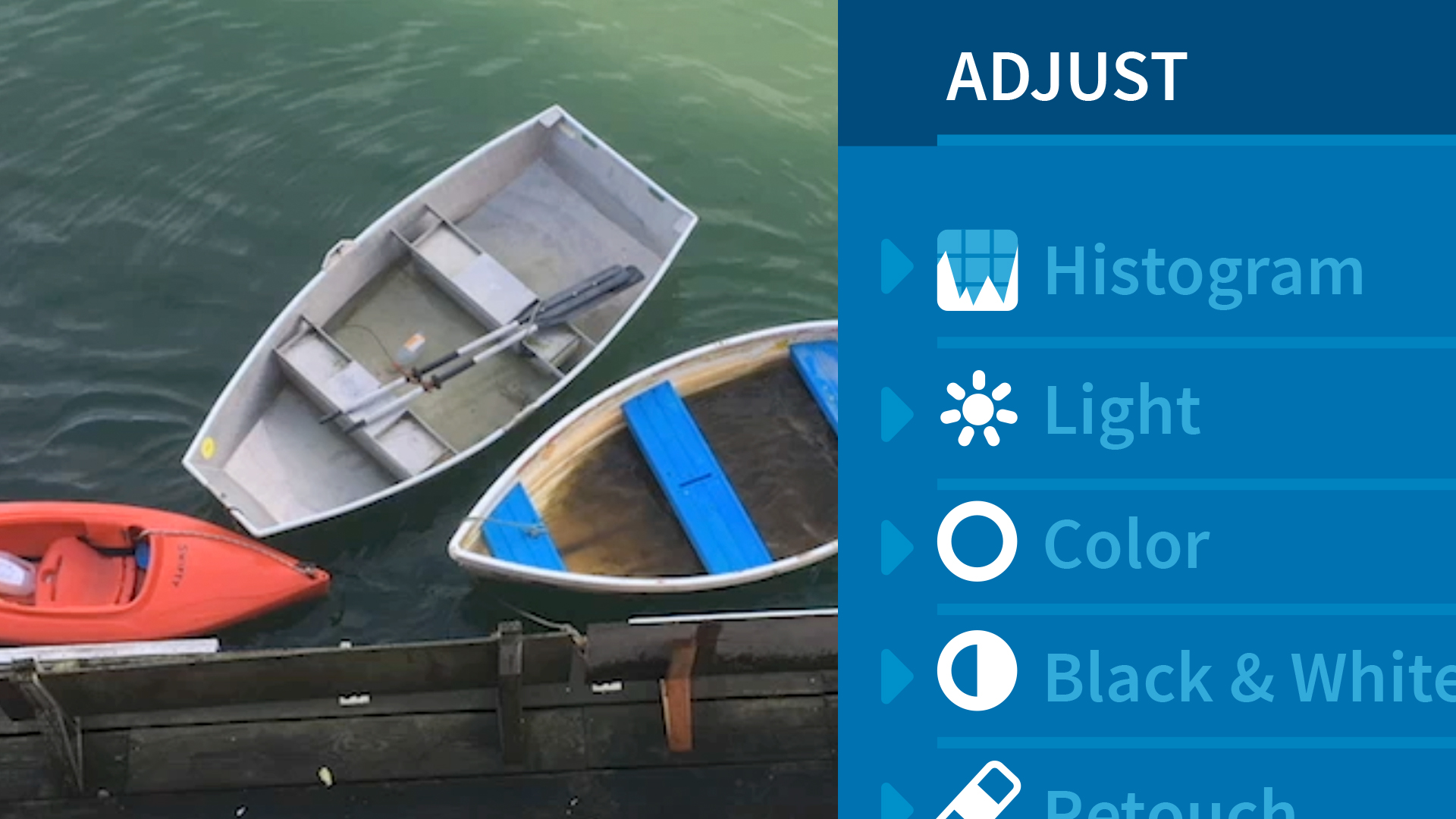 There are also some nifty effects that you can now apply to Live Photos in Photos for macOS High Sierra. My favorites are long exposure and loop.

- [Instructor] In addition to trimming, we have effects that we can apply to our Live Photo. And we have regular adjustments also. And just to show you that I'm going to go up here. Let's just use the magic wand. And there we go. So I hit the M key so you can see the before and after. There's our before. There's our after. Not a huge change but it really did kind of spruce it up a bit. And if I play Live Photo here. You'll see that that adjustment applies to all the footage.

That's kind of neat (laughs) right? But we have other effects too. Let's come down here and we have this pop up menu right here. And my favorite for a lot of these is loop. So I'm just going to choose that right now. And now you just have this continuous playing here. And what I'm going to show you in a bit, is that you can export this out as an animated GIF. Now if none of these ships were moving of course, this would be super smooth in the sense that these would be steady and just the water would be moving.

And I'll tell ya that, if you do that with other applications it's not easy. But with live photo it becomes very simple you just choose from the pop up menu, loop. Make sure that you're trimmed so that you have a pretty clean piece of footage and basically you're done. Now we also have bounce. Which isn't really appropriate for this. But it can be fun. Especially with some portraits I think. Actually it's not too bad here (laughs). I think I like loop a little bit better.

And then this one is really cool. Long exposure. Take a look at this. Because we do have that footage and we do have that motion. Imagine that if this were water and instead of boats that were moving but let's say this was a pier. The pier would be very sharp and then all this water would smooth out. I just think that's really neat and I like it. And I'm actually going to start doing some shooting with my iPhone specifically for long exposure.

This is just an accident. When I took this shot I didn't know about any of this coming down the pipe here. So now that I know about it, I'm going to be able to shoot intentionally. So I'm going to go out to the ocean and focus on a shot with a pier with the water moving and then use long exposure and see what I get. I think it's going to be really cool. So that's here also. So I'm just going to go back now to loop because that's the one that I like. And by the way, over here in this corner I can turn loop on and off.

So it can be just a regular photo. And that turn on and off, that's contextual on whatever you have set up. For instance if I go to bounce. Now I go over here. Should be turn bounce on and off. Okay. We'll just go back to loop. And I think we're good here. So we've applied a little bit of light and color adjustment. We've trimmed our image. And now we've applied loop.

Let's click done. And here we are back in our interface. We have kind of a neat little thing (laughs). You know what I'm saying? But there's still another trick or two here that I want to show you.