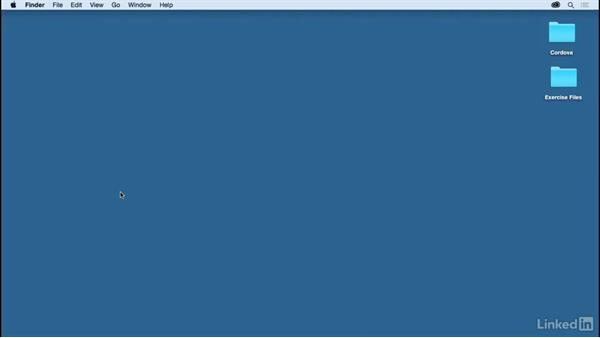 In order to use the Apache Cordova CLI, you will need to have some familiarity with using your computer's command line. You will also need to have a basic understanding of developing mobile web apps.

- [Voiceover] Learn Apache Cordova: The Basics is not a beginner course. I'm starting with the assumption that there are a few things you already know before taking this course. You'll need to be familiar with using your computer's command line. This course will not cover how you develop your actual Cordova application, but rather how you manage and compile it using the command line interface.