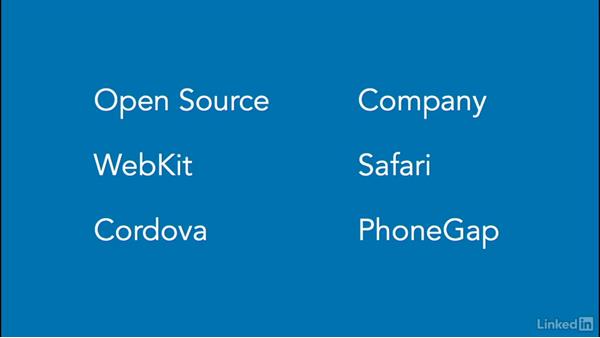 Chris Griffith clears up the confusion between Apache Cordova and Adobe Phonegap. He outlines the history of the project. Understand how Cordova and Phonegap are built using native webviews and plugins to create hybrid mobile applications.

PhoneGap was created by Nitobi in 2009…to provide a simpler way…of building cross-platform mobile applications.…In 2011, Adobe bought Nitobi…and the PhoneGap framework was then donated…to the Apache Foundation.…The project was eventually named Cordova.…Which is actually the street address of the Nitobi offices.…Now, since there's both Apache Cordova…and Adobe PhoneGap,…it's quite easy to become confused between the names.…

Video: What is PhoneGap/Apache Cordova?