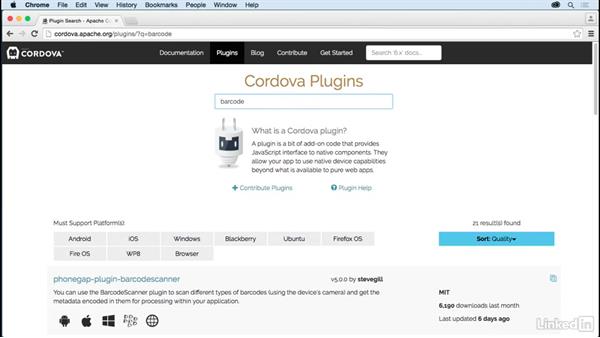 - [Voiceover] Now beyond the core plugins,…we can also include a wide variety…of third-party plugins to further…extend the capabilities of our application.…A list of these available plugins…can be found here at cordova.apache.org/plugins.…Some of the popular ones are the barcode scanner…which we're including in our app.…Achwordremote potion notifications,…social sharing and so on.…So, if we actually want to look for the barcode scanner,…we just type in barcode,…and then we can scroll down,…and we can see actually have…several options of barcode scanners that we could use.…