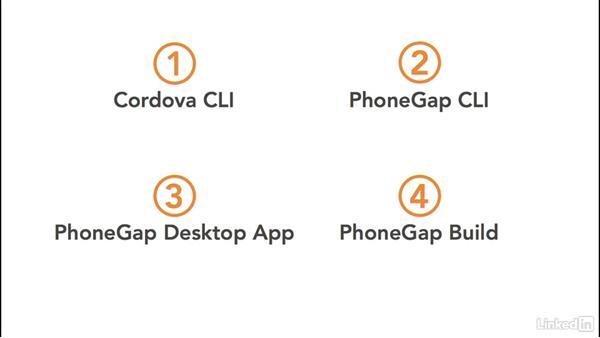 For this course,…we're going to be sticking primarily with the Cordova CLI,…but we will also touch on the PhoneGap desktop app…in a later video.…With those words of warning out of the way,…let's actually get started working with Cordova.…