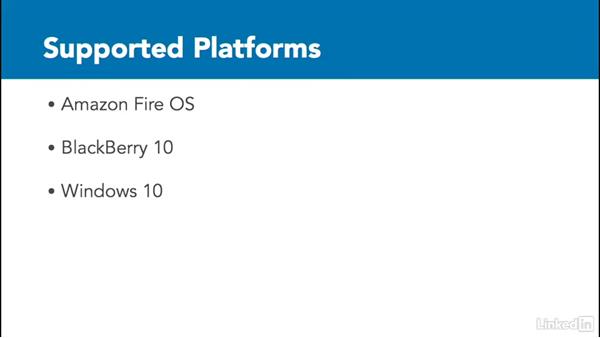 - [Voiceover] The Cordova CLI also supports…several other mobile platforms, including Amazon Fire OS,…Blackberry 10, Windows 10, Windows Phone 8, among others.…If you're developing for any of these platforms,…you can find the information on configuring your system…to work with that platform at the Cordova website.…