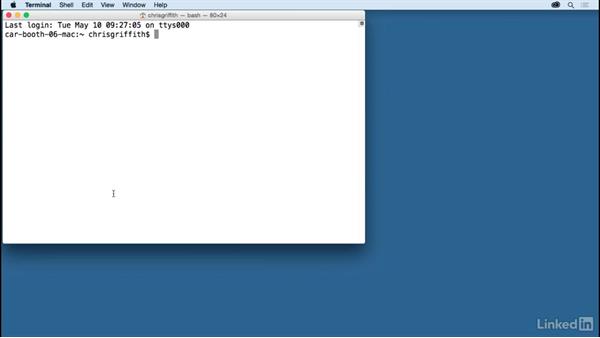 - [Voiceover] For us who use the Cordova CLI…we need to use the command line.…On the Mac, the command line is available…via the terminal application.…On the PC, it's available as a…command prompt under accessories.…We'll be spending a lot of time…here throughout the rest of the course.…Since there is both the Apache Cordova CLI…and the Adobe Phonecap CLI, it's quite easy…to become confused between the names.…Both projects are nearly identical.…The Phonecap CLI uses the Cordova CLI as its foundation.…