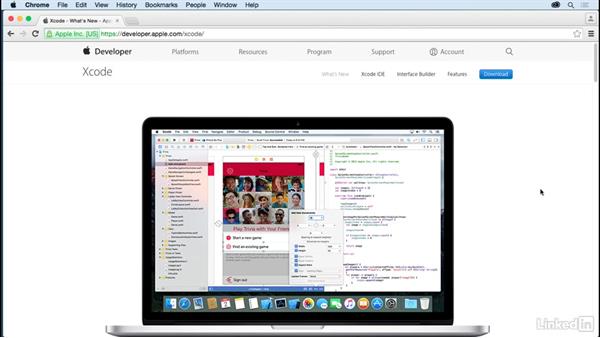 Learn how to create the neccessary sign certificates and mobile provisioning files needed by Apache Cordova and PhoneGap in order to create development and deployment versions of your mobile applciation.

- [Voiceover] To use the CLI to build IOS-based…mobile applications,…we need to install Xcode.…We can either install Xcode directly…from developer.apple.com/xcode,…or through the Mac app store itself.…It doesn't matter.…Once it's downloaded and installed on your machine,…we're good to go.…In the past,…we would need to install several…command-line tools for Cordova to run.…With the latest version of Xcode,…this is no longer required.…But if you're running on a slightly older version…of a Mac using a slightly older version of Xcode,…you may still need to do that.…