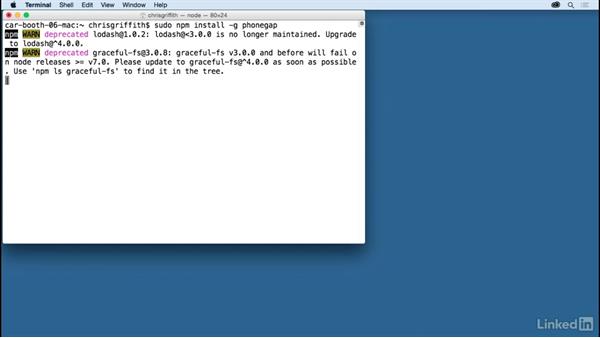 Installing the PhoneGap CLI is a simple node command. This video shows how simple it is.

- [Voiceover] If you wish to also install the PhoneGap CLI,…simply type in, and since we're on a Mac,…we'll preface it with pseudo,…npm install -g phonegap.…And again, it'll go out to the NPM registries,…pull down the various components and dependencies,…and install it.…Now, you can have both the PhoneGap CLI and the Cordova CLI…installed at the same time,…but you cannot switch between using them…on the same project.…