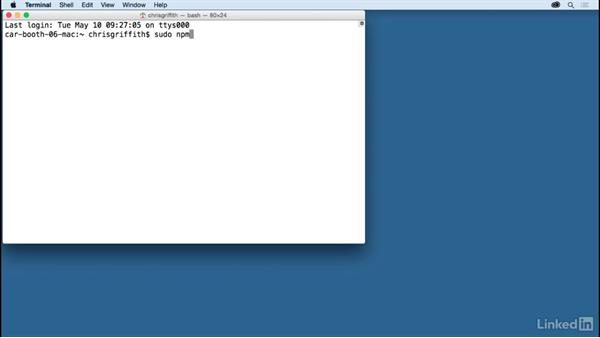 Installing the Apache Cordova CLI is a simple node command. This video shows how simple it is.

- [Voiceover] To install the Cordova CLI,…we just need to have the node package manager install it.…The base command is npm install -g cordova.…Now, the dash g is going to tell NPM to install this…package globally.…Now, I'm on a Mac,…which means I'm probably gonna run into a few permission…issues, so to handle that,…I'm actually going to preferance this command…with a sudo or superuser command.…