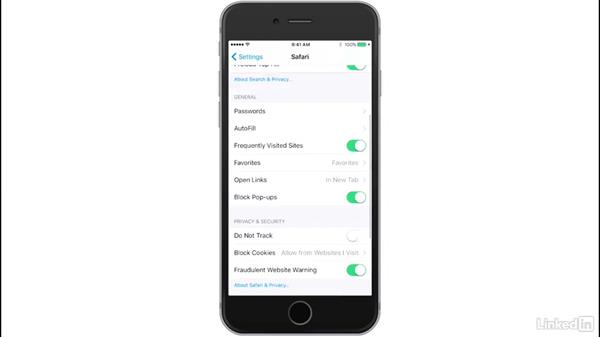 - [Voiceover] To debug an iOS application,…we have a similar set of tools like we saw…in the Chrome DevTools.…First, on our device, go into Settings,…and then scroll down to the Safari Settings.…Making sure that private browsing is turned off,…go ahead and scroll to the bottom…and click on the Advanced option.…There you'll see an option for the Web Inspector.…Enable that.…This will enable remote debugging using Safari.…The Chrome DevTools will not talk to an iOS device,…so it's a one-to-one mapping between Safari to iOS…and Chrome to Android.…