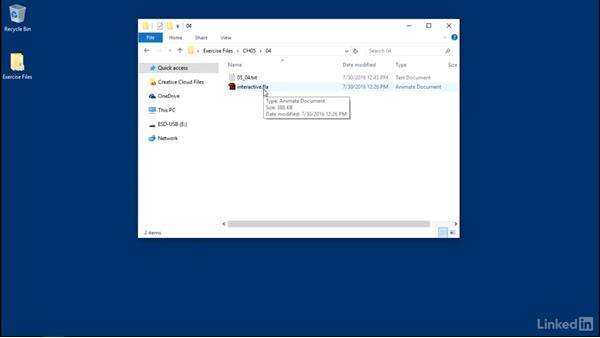 - [Voiceover] The exercise files for this course are separated into chapters, as you see here, and within each chapter are individual movie folders. Inside of these folders you'll find a number of different files. Generally, you'll always find an .fla file which you can open up in Animate to follow along at any specific point. You'll also find, where appropriate, different snippet files which contain the code snippets for this course. You can either follow along from the beginning, which I recommend, or you can jump in at any movie.

Once you have your project files organized, you're ready to follow along.