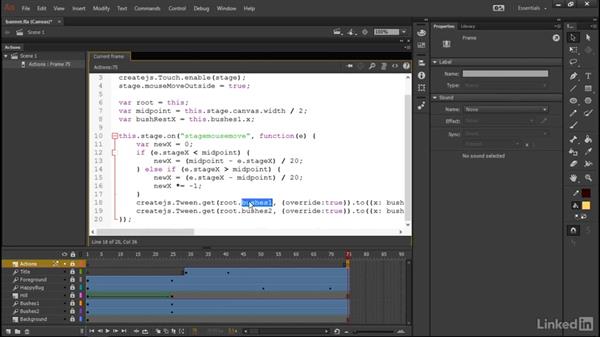 - [Voiceover] In the previous video we set up some initial…variables to track the position of the bushes on screen.…We'll now use some of these properties to make our bushes…interact with the position of the mouse cursor…across the stage.…To do this, let's add some additional snippets below…our bushRestX variable declaration here.…I'll paste these in from our snippets file…and you can see that it's a single function.…What we do is we add an event listener using on…to the stage and the event we're listening…for is stagemousemove.…