Before watching this course 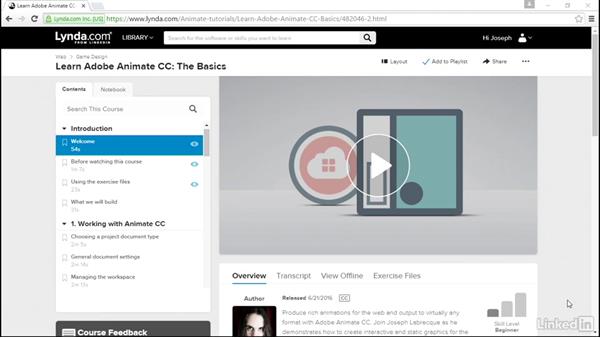 Join Joseph Labrecque for an in-depth discussion in this video Before watching this course, part of Adobe Animate CC: Interactive Animation.

- [Instructor] Being that we are using Adobe Animate CC for this course, you would benefit from a basic understanding of how to work within the program. To get caught up on the fundamentals, I recommend the Lynda.com course, Learn Adobe Animate CC: The Basics with Joseph Labrecque. It would also be useful to have an understanding of the fundamentals of programming, but even if you're not up to speed with java script and programming fundamentals, I'll explain everything we're doing in each video.

Video: Before watching this course