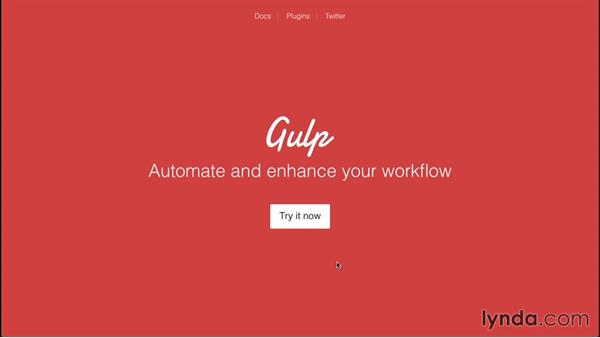 To build a quality, interactive mobile app requires a comprehensive understanding of the mobile framework, namely the Ionic Framework and AngularJS. In this introductory training video, you will learn about the different technologies in the course, from Sass to Cordova and more, to help you create an impressive app.

- Before we get started let's talk about the different technologies that we're gonna use in this course. We're gonna be building things with a Framework called Ionic. Now a Framework is a way of organizing your programming that's gonna add some different Pre-built Functionality to your application as long as you follow certain structure and conventions. So Frameworks make it easier to develop applications as long as you do things a certain way. Now Ionic is a SDK Framework for Building Native Applications. In other words, it will output applications that will run as if they were specifically written for different mobile devices.

Now the thing that makes Ionic different is that it let's you use HTML, CSS, and JavaScript to build these applications. However Ionic does this in a very special way. So it uses not just one, but many Frameworks to make this possible. So it is in essence a Framework built with several other Frameworks and libraries. So let's take a look at some of these Frameworks and libraries that Ionic uses. Now first, Ionic use AngularJS to let you control and create interactions within your applications.

So in order to create applications with Ionic you need to have a good grasp of AngularJS. It also uses Cordova. Cordova will package the web code and compile it into native applications for a number of different mobile platforms. Now Cordova can also give you access to native functionality, like the accelerometer or a camera through a series of JavaScript APIs. Ionic also uses Sass to create its styles. Sass is a CSS pre-processor that gives you a lot of capabilities on top of CSS.

Now you don't have to know how to use Sass to use Ionic, but if you want to customize the look and feel of your applications you probably want to have some experience with Sass. Now like many other projects Ionic uses Gulp.js in order to manage projects, processing Sass, and handle other tasks. Now you don't really need to know how to work with Gulp.js in order to use Ionic, but it would be better if you do, so you can understand how Ionic monitors your projects. Now Ionic uses a number of other utility libraries to operate, including things like Node.js for handling installation, Git for version control, and Bower for installing some of its components.

So it's a good idea to know a little bit about these in order to feel comfortable with how Ionic works. Now let's take a look at how Ionic works its magic. The beauty of Ionic is that it provides a set of Pre-built Components that you can use to build functionality that would be tough for you to do yourself. So for example, Ionic provides a number of pre-built CSS classes that you can use to make your application look and behave like a native device. Now Ionic also creates a number of Custom Directives through AngularJS that can add mobile functionality to your application.

So for example, if you need to build a mobile list you can use Ionic tags like ion-list. Now that's gonna take care of scrolling functionality and let you easily do things, like allow you to sort the items. Now as you probably know ion-list isn't a standard HTML tag and that's where AngularJS comes in. Angular let's you create something called Custom Directives, which act as your own HTML tags or attributes. You can assign controllers or JavaScript through Angular that adds functionality to your Ionic applications.

So Ionic is different than most Frameworks because it's an SDK that depends on a lot of other Frameworks. Although you can work with Ionic without having experience in all of them, you definitely need to know AngularJS. And to really master Ionic you need to understand how some of these technologies help Ionic create mobile applications.

5/5/2015
Creating hybrid mobile applications is a great way to leverage your knowledge of web languages like HTML5, CSS, and JavaScript. Modern frameworks such as AngularJS and Ionic make it easier with pre-built templates and components. In this course, staff author Ray Villalobos shows how to install the Ionic framework and set up a development environment suitable for building web-based apps. He reviews the core Ionic components: prebuilt, easy-to-use features such as buttons, lists, tabs, and forms. Then Ray shows how to combine these components with Angular.js models, views, and controllers to build a single page app with sliders, pull-to-refresh functionality, and search. The training culminates in building a multi-page app, which you'll learn how to customize with CSS.
Topics include: