Using RxJS and the HTTP client

RxJS is a popular library for working with asynchronous data both in React and Angular, and Angular can integrate RxJS with its HTTP library easily. In this video, we add RxJS to our app and use observables instead of promises.

- [Instructor] In this video, we're going to talk about…using RxJS and Angular's HTPP client…to get information from a server.…Now React doesn't have its own built-in HTTP implementation,…so you may already be using RxJS already,…but Angular comes with RxJS built-in…to its own HTTP client.…Now in order for us to use the HTTP client,…we're going to first need to go into…our app dot module dot ts file…and make a few changes there.…So here's our app dot module dot ts file,…and you can see it has a lot of the directives…and components that we've already imported.…

But we're going to go ahead and need to import…the HTTP client module…from angular common http.…And then we need to go ahead…and add that to our imports list here.…Now the import list here tells you…other whole modules that are being imported…by Angular into the module that you're using.…A module is an entire self-contained application.…In this case, the HTTP client module…is an entire Angular application…dedicated solely for communicating with HTTP.…

So now that we've injected that… 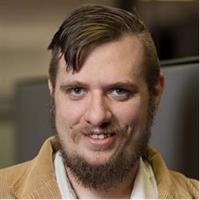