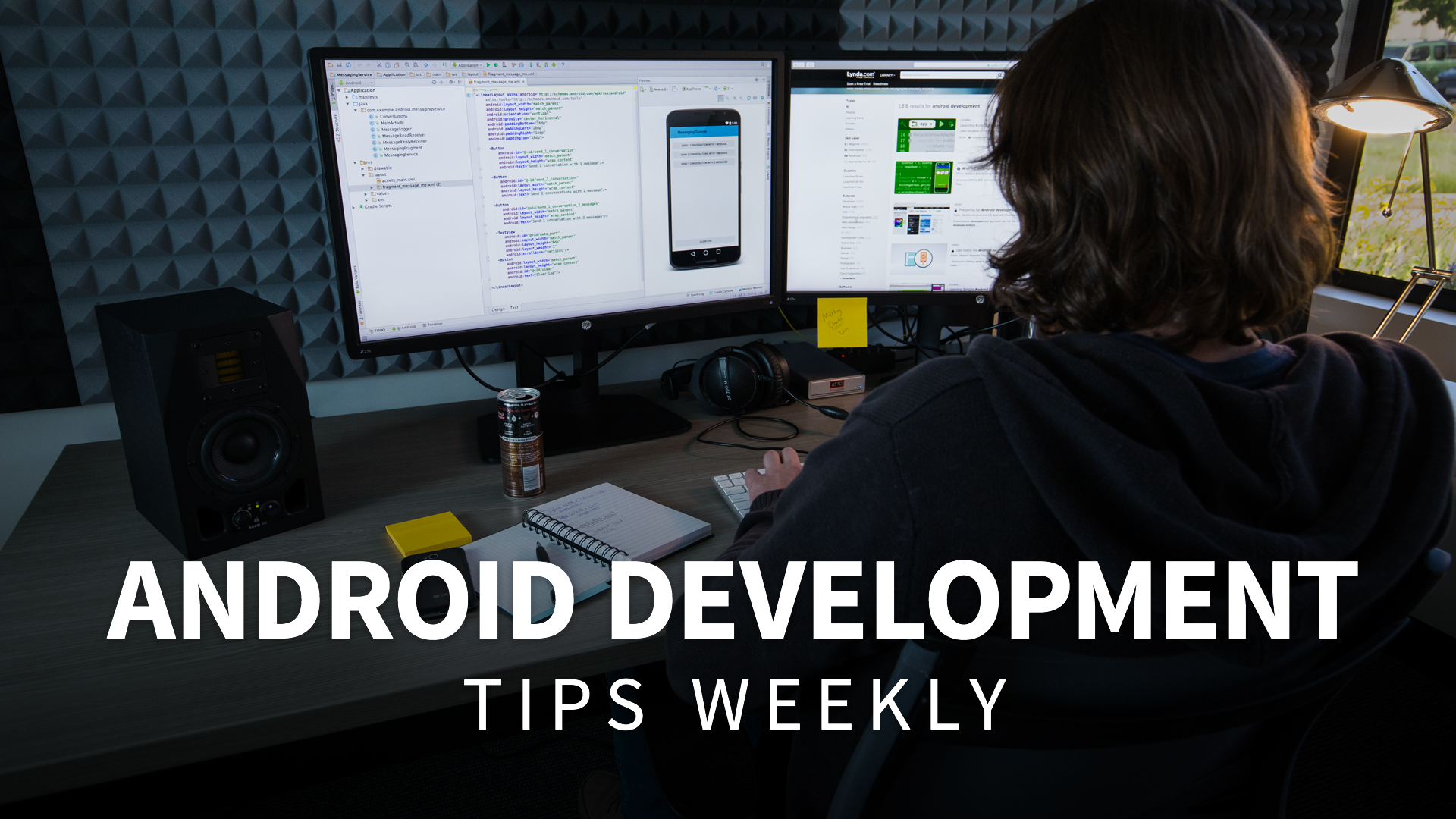 Android Studio 2.3 and later lets you program with certain Java 8 syntax patterns, including lambda expressions and method references. I'll describe how to configure an Android project to use Java 8, and how to convert existing event handler code to use both of these patterns.

In this example, in my on create method, I have references to a couple of button objects that are declared in my layout. I'm using traditional find view by ID code and I'm getting the references here to M Run button and M Clear button. Then, I'm creating implementations of the on click listener interface and then adding the code I want to execute to the on click method. And this all works fine. When I click the buttons in my application, I get the expected behavior.

If I click Run Code, I'm adding information to the console, and if I click the Clear button it clears the screen. If you use Java eight syntax though, you can significantly decrease the amount of boiler plate code that's needed. The first step is to configure your project to use Java eight. I'll go to my application module's gradle file. And then because I'm working in Android Studio 2.3, I need to enable the Jack compiler. This goes inside the default config element.

Type Jack Options and then in a code block add Enabled and then True. Don't add a semi colon, this isn't Java. This is just a configuration declaration. Now, also inside the Android element but outside any of its child elements, add a compile option section. Inside compile options, add source compatibility.

Now if you're working on Android Studio 2.4 or later, do exactly the same thing for the compile options directive, but just don't put in the Jack options directive. You'll still be enabling Java eight. After you sync gradle, go back to your main activity class. And you should now see that the on click listener implementation is disabled. That's a visual indication that you can simplify this code. Place the cursor into the first on click listener call.

And use an intention action. Hold down Alt or Option and press Enter or Return. And choose Replace with Lambda. And now all those lines of code are reduced down to a single statement. This argument V, represents the view object that initiated the click event. The call to run code receives that view object and if I control or command click on this method call, I'll jump to the reference.

Which is designed as an event handler method, receiving a view object as its only argument. I'll do the same thing for the clear button listener. Clicking in, pressing Alt Enter or Option and Return and once again replacing with a lambda. And now I'll run my application on my device. And the code still works exactly like it did before. But with a lot less code in my activity class.

Now notice that these calls, these lambda expressions, can be reduced even further with method references. Click into one of them, and once again use an intention action, and this time replace the lambda with a method reference. The method reference says I'm calling the run code method that's a member of the current object. This, the double colon is the method reference operator. I don't need to be specific about how the view object is being passed in as an argument.

This follows what's known as a functional interface. An interface that has a single method or function. The set on click listener method is expecting a particular interface which only defines one abstract method, and the run code method follows that method's signature. Now I'll do the same thing for the clear button. Converting the lambda to the method reference. And once again I'll run the application.

And once again the code still works exactly like it did before. So that's lambda expressions and method references. Two Java eight syntax features that are now available for Android developers. Again, if you're in Android Studio 2.3, use the Jack compiler. If you're in 2.4 or later, just eliminate the Jack options declaration and you'll be programming with Java eight.