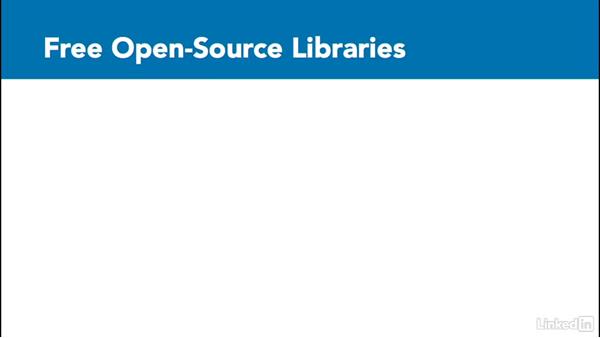 There are many ways to build game apps for Android. If you’re interested in creating a game app that will run on multiple platforms, including Android, iOS, Windows and Mac, you might use one of the popular cross-platform development kits. The most popular of these, as of mid-2016, is Unity. It lets you build 2d and 3d apps that will deploy to many platforms. In addition to the Unity toolkit and libraries, you’ll be programming with a JavaScript, the language of the web. Pretty much every game built with Unity will need at least some scripting, and more complex games will need a lot of code. This course teaches how to build a simple Android app using only the tools that are included in the Android SDK. I won't be using Unity or other external tools, and the resulting app will only run on Android devices.

- [Narrator] There are many ways…to build game apps for Android.…If you're interested in creating a game app…that will run on multiple platforms,…including Android, iOS, Windows and Mac,…you might use one of the popular cross-platform toolkits.…To choose, you should consider the programming language…that's supported by the toolkit,…and the toolkit's capabilities.…One of the most popular of these toolkits, is Unity.…Unity lets you build 2D and 3D apps…that will deploy to many different platforms.…

In addition to the Unity toolkit and libraries,…you'll be programming with Javascript,…the language of the web.…Pretty much every game build with Unity…will need at least some scripting,…and most complex games will need a lot of code.…Unity offers a free developers package…to help you get started.…Its pricing then increases…as you add features and support options.…Information about Unity is available at this website.…The Corona SDK is a cross-platform toolkit for building apps…that can be deployed to mobile, TV and desktop.…