Describe the game's goals and logic 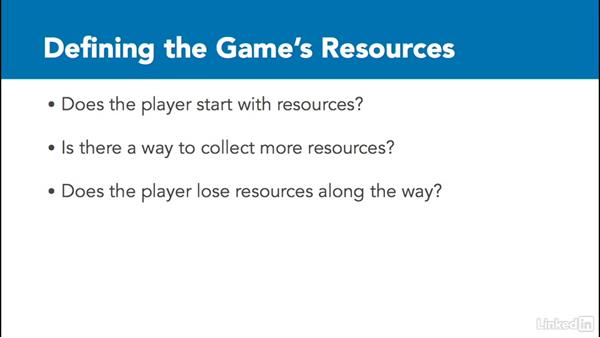 There are many types of games you can build for Android devices. When you register a new game in the Android developer console, you have to assign it a category. These categories include arcade games, action games, word games, and more. Before you starting programming your game or designing its graphics or audio, it’s useful to describe how it’s going to work. This sort of description is called its “game mechanics”, and it include the game’s goals and rules.

- [Instructor] There are many types of games…you can build for mobile devices.…When you register a new game in the…Android Developer Console, you have to assign it a category.…These categories include Arcade Games,…Action Games, Word Games, and more.…Before you start programming your game,…or designing its graphics or audio,…it's useful to describe how it's going to work.…This sort of description is called the game mechanics,…and it includes the game's goals and rules.…Here are some useful questions to ask.…

What are the games goals?…That is, what is the player trying to do?…All games have goals.…Some goals, by definition, require an opponent,…whether human or computer, who will try…to accomplish a goal before you, or perhaps…try to stop the player from achieving their goal.…Others let players focus only on their own…level of success, not comparing themselves to others,…but just focusing on continuous improvement…in their scores and accomplishments.…And some goals will include specific thresholds,…while others are open ended.…