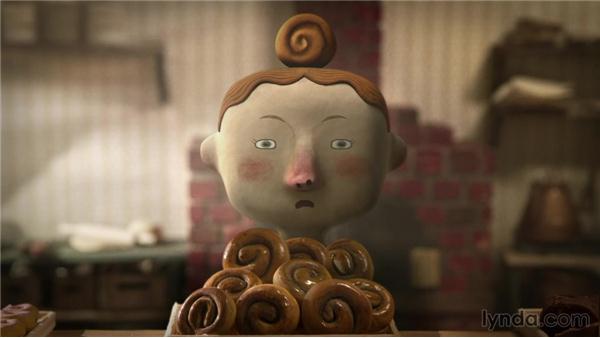 Female Speaker 1: With character design, I usually like to start with real people around me. It's fun to study their features, study their posture, and what makes who they are. And something like quirky things that people do. You can't really come up with it, you really have to base off of real people. And I like to translate that real elements into animated film. So for example, this boy who has a soccer ball, at the time Euro Cup was on full blast and all the Dutch people are going crazy.

And I often saw this boy playing by himself, against the wall kicking and, kicking a ball, so I thought, okay, he'll be a great character feature soccer player, so he made it into the film. This guy, he's a great friend from New York, and he always drinks coffee with a straw. And, I always thought that's such a quirky thing, and so he made it into film. This man has a bit of a sad story. He took, his two white dogs for a walk, maybe four to five times a day.

There's something really, interesting about him. He was always wearing like long coat and very gentleman-like, but with two fluffy white dogs. And one day we just stopped seeing him. And we saw the dogs, but with I assume his wife. And that went on for like a whole month, and we thought, okay, maybe he's on a summer holiday. But he never came back. So that's a bit of a sad story, but he lives on in our film, so that makes me happy. So with Baker, she is a friend from the Netherlands, and she was baking all the time, so I thought i would be perfect to make her into a baker.

I usually start with a sketch, and studied, I studied her feature quite a lot. She has a very, square face with strong jaws, with huge, blue eyes. And she always had her hair wrapped up and made into a bun on top of her head. And and she's blond, so they kind of look like a cinnamon bun a little bit. So that was the inspiration. And at the beginning of the film, she has a cinnamon bun. And the middle of the film, she switches her bun into a croissant.

And then it turns into a baguette head and at the end when she's sleeping it's actually a pretzel. So, that's something that we got, we enjoyed a lot making and I hope the audience can find that because it's pretty subtle. So, it starts from real people but at one point it has to mix with the story line. For example, her nose, the baker is always on time. So, she has, her nose is really straight just very present.

Where as the neighbor he's always thinking about the future so, his nose is a little, looking towards the future a little off from the present moment. So there's lots of things that's associated to the story. The film is about time as I mentioned before and each character has a different relationship to time. Some people think time is slow. Some people think time is fast. Just something like that. For her she's always on time, very present.

So, for example, when she cuts bread, it's to the second. So every second she cuts a slice of bread, and each movement is to the beat of one second. So, her footstep is one second, and her movement is very purposeful serious and there's no way so she'll turn quickly, she looks up quickly, and it's, it's really to the beat. Whereas, he's a bit dreamy, he's thinking about the future, so it's, it's really flowy. There's one scene that, I was animating Baker, and something was a little off about it.

And I couldn't really figure it out. So I brought it to Max. And he said, well Baker shouldn't be smiling. She's so serious she would never even crack a smile or, or smirk or anything. So I deleted all the smiling scenes out of her, and it totally made sense. Baker was, was alive then, and I really liked that moment that all these characters become so alive. That I have no control over what they do, but they have to do what they're supposed to do. 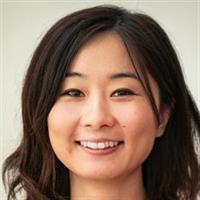 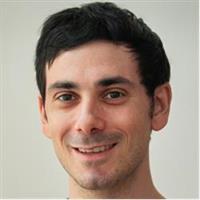 3/7/2014
Two animators cross paths. They fall in love. And then they open an animation studio. Meet Ru Kuwahata and Max Porter, the founders of Tiny Inventions. Between the two of them, Ru and Max have to perform all the work of a much larger company, but they wouldn't have it any other way. Their process combines both handmade and digital elements and involves painstakingly recreating characters, sets, and lighting in programs like CINEMA 4D and After Effects. In this Creative Spark, Ru and Max explain how they established Tiny Inventions and take us through the creative process of Between Times, their latest film.