Which versions of After Effects CC does this course cover? (CC 2014.1) 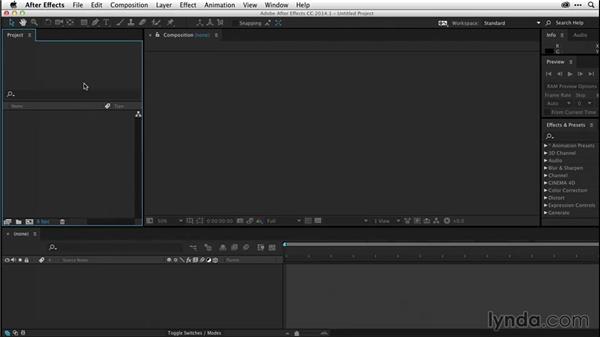 Now, you might be asking yourself, "Alright, so what version of After Effects "does this training cover?" And the answer is three different versions of After Effects CC, or Creative Cloud. Now, basically, if you've kept your software up-to-date, currently you should be running After Effects Creative Cloud 2014.1, and as long as you have that software up-to-date, you can go through the entire training and everything should line up beautifully. Now, you will notice in Chapter Eight we have two versions of Chapter Eight, and the first version is the version for 2014.1.

But of course, as there are new updates, there are new features, and so as those new features are added, we're recording new training to keep you up-to-date with the most current version. So, you may notice a lighter version or a darker version of the interface, but rest assured that the functionality is going to remain the same. Just understand, if you haven't been able to keep up-to-date with the most recent version of Creative Cloud, there are some features that you just don't have available because you're not on the most recent version.

Video: Which versions of After Effects CC does this course cover? (CC 2014.1)