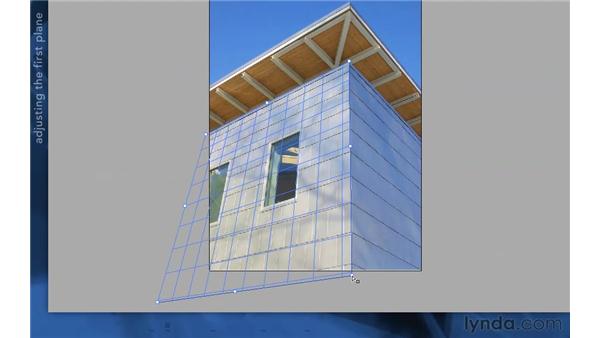 Join Chris Meyer for an in-depth discussion in this video Vanishing Point Exchange in Photoshop Extended, part of After Effects Apprentice: 11 3D Space.

There are several ways to use Adobe Photoshop to create 3D objects that can then…be imported into After Effects.…The first one we're going to explore is called Vanishing Point Exchange.…It's a way of turning a flat photograph into literally a 3D house of cards.…Go to File>Open, navigate to inside your Exercise Files for CS5.5, open up the…Sources folder, open up the 3D folder, then select building*starter.jpg.…

This sort of image is a good candidate for Vanishing Point Exchange.…Vanishing Point Exchange relies on you having a number of flat surfaces that…connect at nice clean angles, that it can then convert into a series of flat…surfaces that are folded together to create a three-dimensional outline of this building.…Once you've selected your image, go to Filter>Vanishing Point and you'll open up…the special Vanishing Point dialog.…Make sure you have the Create Plane tool selected;…it's the default, zoom in on your image;…you can hold Command on Mac or Ctrl on Windows and press the plus key.…